All of us here have friends and family who aren’t Catholic—are they more free than us? We have rules galore! Sunday Mass, no sex outside of marriage, no contraception, fast on Ash Wednesday and Good Friday, etc.

Put it this way: if I’m single and have lots of relationships, I’m free to do what? To have a relationship with anyone, however long I want, of whatever type, even with many people! Some people jokingly say, but there’s some truth in it, “Have fun at your bachelor party. You won’t be able to after that,” or “Enjoy your freedom while it lasts” because the wife will become the “ball and chain.”

So, when we ask the question, “Who’s more free?” the real question is: free to do what?

When I took a vow of celibacy (I made the choice in my head and heart when I was 19), I lost the freedom to be in love with another person, to get married, to have a family and kids. But I gained another freedom! To have a unique, deep relationship with God, where He fills me and gives me all the joy and happiness directly. I don’t have my own family, but now I have a big family. (You know those pictures on the back of a car? The stick figures of people showing how many people live in the family? I think I’m going to put one on my car: with one person at the top and then hundreds of people below me. People will think: “How many kids does that guy have?” “How many wives does he have!?”) Celibacy was the hardest vow to make, because I gave up something so beautiful, but it’s my favourite among the three evangelical counsels (poverty, chastity, and obedience), because it gave me the most, it gave me a relationship with God that I wouldn’t give up for anything. 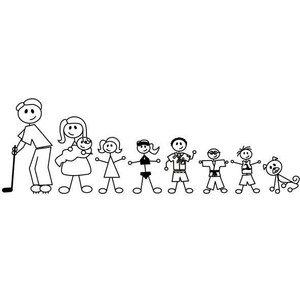 This philosophical idea of free-to-do-what? works with every single choice we make. For example, when we get home after a long day at work, we’re free to vegetate in front of the TV or work out. Both lead to a certain type of freedom: one gives us the freedom to be lazy, the other gives us the freedom to be healthy. Or when we eat, we’re free to eat fried food or vegetables—both lead to a certain kind of freedom: to be healthy or unhealthy. Fries obviously taste better, but they don’t give the best freedom. Every time we eat, we can observe different levels of freedoms in people. Some people aren’t free to eat healthy foods; they’re slaves to eating junk food. Some people are free to eat whatever’s best. Let me say, however, that I’m not saying never eat dessert, but simply be aware of what’s best.

Choosing the right foods, education, training in sports, all make us free to do what’s good and get better. Sidney Crosby is not free to eat whatever he wants whenever he wants. Why? Because he wants to be free to have a healthy body and perform at the best level. He says, “I’m pretty strict, honestly, during the summer. But, with the odd piece of cake here and there, ice cream, something once in a while to keep you happy. But, I think, as an athlete, you kind of understand that’s part of it, and you gotta make those sacrifices, it’s not a big deal once you get in the routine of not eating those kind of things.” He gives up a good freedom for something better!

P.K. Subban’s trainer said something similar about him, “He goes home and sleeps after his workout; he’s not up running around and partying.  He sleeps, and then he comes back and trains.”

Even in very little things, this idea works. If we use our cell phones all the time, then we lose freedom to socialize well. Cell phones are good, but using them too much takes away our freedom to carry on a conversation, make eye-contact. This picture tells it so well. 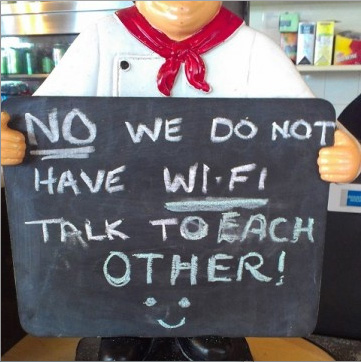 Freedom is at the heart of all the Church’s teachings. When we come to Mass, we’re free to worship God. When we skip Mass, we’re free to sleep in, which is good; we’re free to play golf, take our kids to soccer, go on a trip, but we lose our freedom to receive the Eucharist. Pornography is morally wrong because it takes away our freedom to love people, to have authentic relationships; it gives us the freedom to be selfish and use people as objects. Promiscuity is wrong because it takes away our self-control and our emotions blind us from making good decisions. Contraceptive sex is wrong because it makes an act of life sterile, so couples lose the freedom to give life. In a few weeks we’ll fast on Ash Wednesday, so that we can have the freedom of self-control and discipline.

This week let’s just ask ourselves: are we free? Being single or married, having kids or not having them, having a job or no job all give freedoms; the question is, “Free to do what?” To do what’s good.