Happy Easter! I’m happy to see everyone, and it’s great to be here. Could I ask a difficult question? But one that will yield a beautiful answer: what would you do if your daughter came home and told you she was pregnant? She’s young, not married, and not prepared. I believe we’d love her, but there’d be a mix of emotions: confusion, disappointment, anger, self-doubt about ourselves as parents, panic, thinking about the future, and joy at being a grandparent. 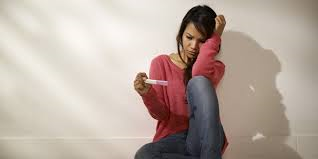 Jeanne Condon writes, “I was 24 years old and working full time at a job that I really liked. I had felt quite fluish when someone suggested I might be pregnant. Impossible, I thought. So I took an at-home pregnancy test that instantly came back positive. I took several deep breaths. I kept my secret for a few days while doing much thinking and soul searching.”

She decided to call her mom, who “began to cry tears of sorrow and, I imagine shame, for my future and their present. I knew she loved me and was hurting for me. Mom would tell Dad at the appropriate time, whenever that was.

“How surprised I was when seconds later my telephone rang and it was my Dad. The first words out of his mouth… were ‘Jeanne, we’re going to make this scar into a star!’ Relief and gratitude for parents who loved me so much poured into my heart. I was not going to be rejected or thrown out into the street.”

Powerful words! Incredible words! They match the attitude of our Father in heaven. God always takes something bad and brings good out of it. On Good Friday, the worst evil ever was committed: we killed God. We rejected Him by our choices and yet Jesus forgave us. And today we celebrate that God brought good out of evil: He showed how much He loves us. We heard this phrase in the Exsultet (the hymn sung during the Easter Vigil): “O happy fault, that earned so great… a Redeemer.”  The fault referred to is the sin of Adam and Eve who rejected God. And God made their sin a happy fault because now He sent a redeemer to make us like Him. He made a scar into a star. 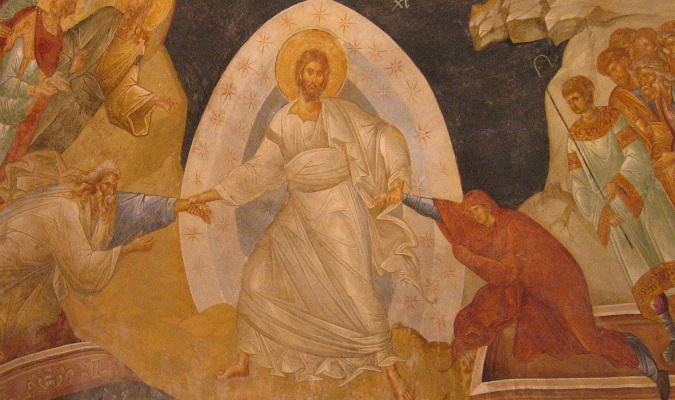 Back to the story about Jeanne: the father of the baby didn’t want to be involved so Jeanne gave birth to her son Danny and said, “In my heart I knew it would be just ‘the two of us…’ and no man would get near me now, and… ever again.

“One day I took my camera to the local camera store where I had pictures of my… son… developed. There I hoped to be given some tips on photographing weddings. Brian, the store manager, was there and helpful, as usual.

“Four days before my sister’s wedding I literally ran into Brian as he was coming out of his camera store. He asked me if I would like to go for a quick soda while he was on a 15-minute break. I said ok. That short break turned into 1½ hours…. When I told Brian that I had a 9-month-old son, he paused ever so briefly and said, ‘Ok,’ and we continued talking. In his head and heart though he already knew I was ‘the one’ because I had told him I was Catholic. He had been waiting for years to find a Catholic girl!

“We did go out and we talked most every night on the phone. After 2 months I asked Brian what he would like for Danny to call him. Brian’s exact words were, ‘Have him call me “Daddy”!’ Those were the sweetest most endearing words I could ever hope to hear, except maybe, ‘Would you marry me?’ 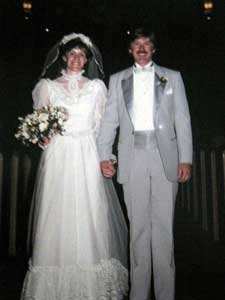 “So the girl who thought no one could ever love her because she had a baby, got married and lived happily ever after. We celebrate our 25th wedding anniversary this year with all of our 8 children.”

What scars do you have in your life? Stress, anxiety, physical pain, relationships, finances, faith? Whatever it is, God can bring good out of evil, if we let Him.

Recently, I was going to watch a movie with friends, something we had been planning to do for a few months. I had wanted to see Captain America: The Winter Soldier, and was really looking forward to it. But it took us an hour to try to get the projector working, and despite trying everything, nothing worked. Trying to get something so simple to work sucked the life out of me. What a disappointment: I was looking forward to it all day and it wouldn’t work. So we decided to just watch something on the laptop with Netflix. Then a moment of inspiration came: we saw Groundhog Day among the possible movies. A religious sister had once told me there were a lot of great themes in the movie and I had never seen the whole thing. So we decided to watch it and boy was it worth it. Afterwards, I thought to myself, “What little faith I have.” I let this a little situation bother me rather than respond with virtue and faith. I didn’t get to see the movie I wanted, but God redirected me to a great movie. 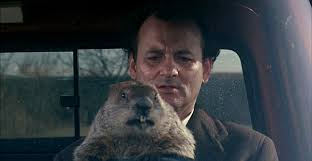 Lest you think I’m being silly or that this happens only in little things, I reflected on the most difficult events of my life.

I’ve mentioned before how my parents had a bad marriage, should never have been married, but God worked miracles in their lives and healed them.

I was beaten up in school and that was a traumatic event for me and my mom and dad, but it was the occasion for me to face myself and make some important choices. My life after that, thanks to God, was a steady improvement in every area of my life. I realized I had to change because I too made mistakes that led me to getting beaten up.

People often ask me how I liked Rome, and my answer is the truth, “I didn’t.” My experience in Rome was very hard: it was hard physically, psychologically, educationally, and socially. One difficult experience was with a monsignor there. He was very hard on me, and it was driving me crazy. Now what do we usually hope and pray for when we’re in a difficult situation? To be relieved of the situation. We pray, for example, that God fix our finances, heal the cancer, help us pass the exam or that the monsignor dies. Just kidding. But the greatest blessing God did for me was not rescuing me from the situation, but it was forcing me to face the monsignor. That was hard: facing someone in authority over you in a foreign language is not easy. I would go through the whole experience in Rome again because I came out a better, stronger man. I’m really happy I went to Rome because I grew so much as a person.

I love listening to the CD of Captain Guy Gruters, who spent seven years in a Communist prison camp and says he has “no regrets,” because the experience brought him closer to God. God made the scar into a star, but not in the way we normally think. 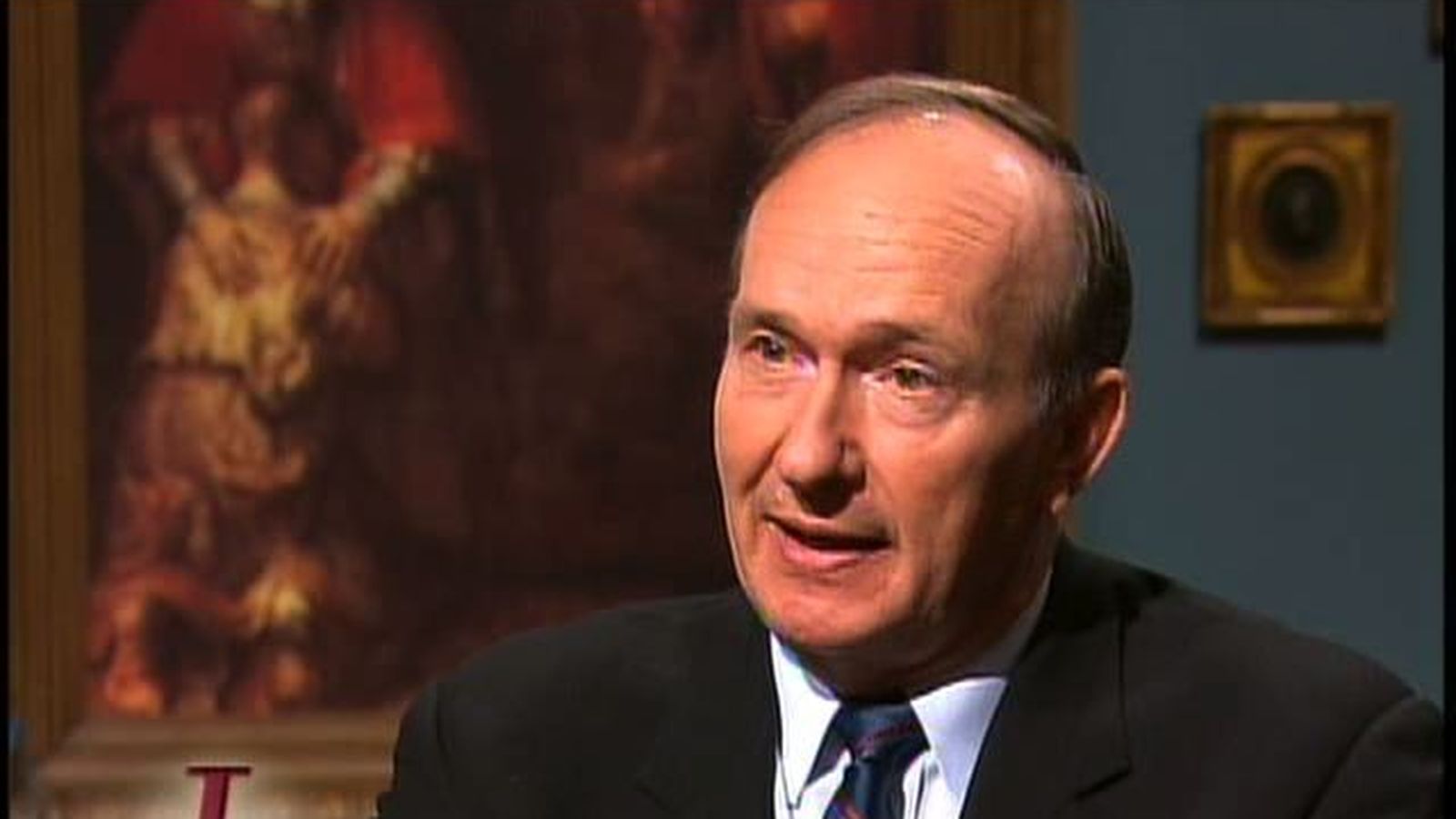 Sometimes God takes a difficult situation and just makes something beautiful from it, like He did in Jeanne’s life with her Brian and Danny. Other times He brings a greater good out of it, by making us more loving and stronger people. God is in the business of forming us to be like Jesus, and that means the greatest good He does is making us more strong, patient, self-controlled, faithful. God brings good out of evil, and makes scars into stars.