Is getting drunk a sin? St. Paul, in the second reading, lists ‘the works of the flesh’ which includes ‘drunkenness,’ and says, “I am warning you, as I warned you before: those who do such things will not inherit the kingdom of God” (Gal 5:21). This is good for us to know because it’s very common, especially among young people.

Quick caveat: if we’ve gotten drunk before but didn’t know it was a sin, then we didn’t commit a sin, because we can’t be guilty of something we didn’t know was wrong. From my experience, most Catholics have no idea that getting drunk is a sin, so, if we’ve done it and didn’t know, then we’re not guilty. But now we know! So don’t do it!

The short answer is, yes, drunkenness is a sin. St. Paul says, “Those who do such things will not inherit the kingdom of God” — meaning freely choosing to get drunk means we’re freely choosing hell. Some of us are thinking: “Really? What’s so wrong about getting drunk?” Good question.

There are two reasons: 1) getting drunk is bad for the body. Well-known effects include a shaking feeling, dizziness, blurred vision and feeling tired. There are toxic effects on the liver, brain, and stomach lining, resulting in headache, nausea, vomiting, heartburn, and a general feeling of unwellness. Alcohol leads to dehydration, which then leads to muscle cramps, dizziness, and faintness. This isn’t good! Think also about the side effects, of the stupid things done when drunk: swearing, arguments, stupid games, stealing, fighting, unwanted advances, sex, drunk driving. It can destroy marriages and hurt children.

Getting drunk is never healthy, and when something is unjustifiably bad for the body, then it’s sinful, because God wants us to take care of our bodies. And we’re not just talking about a little harm, but grave harm; that’s why this is a mortal sin. 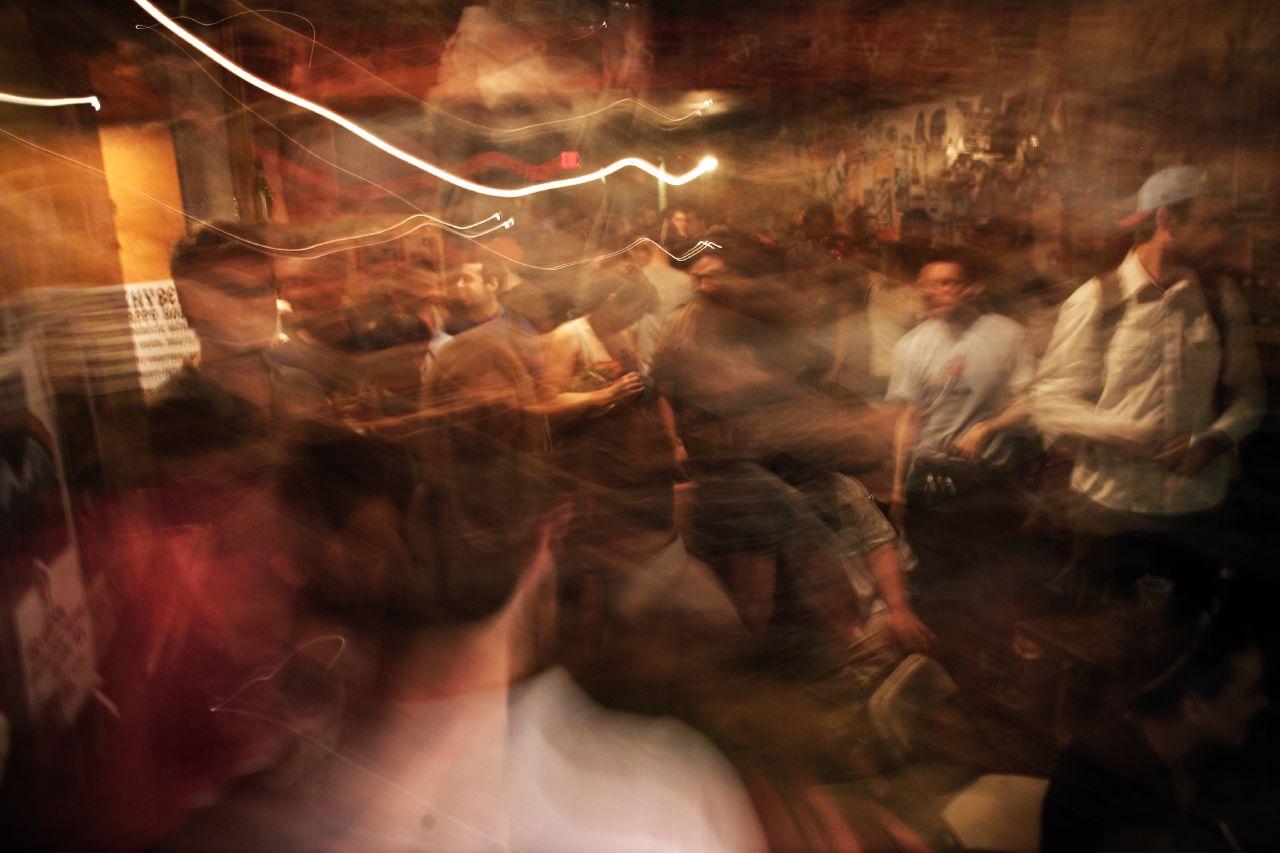 2) Even if there were no physical effects, there would still be one very grave effect: we throw away one of our greatest gifts from God — our free will. When we’re drunk, we can’t think clearly, and so we can’t choose, and so we can’t love. Jesus talks about how drunkenness will distract us from being ready for His coming: “If that wicked servant says to himself, `My master is delayed,’ and begins to beat his fellow servants, and eats and drinks with the drunken, the master… will come on a day when he does not expect him… and will punish him, and put him with the hypocrites; there men will weep and gnash their teeth” (Mt 24:48-51). The Bible always condemns drunkenness: e.g. 1 Tim 3:2 says, “Deacons must… not [be] addicted to drink.” That’s why Deacon Lucio isn’t here today! Just kidding. The first commandment is: “You shall love the Lord your God with all your heart, with all your soul, with all your mind, and with all your strength” (Mk 12:30). But how can we love God with all of our heart, mind, soul and strength when we’re drunk? We can’t. 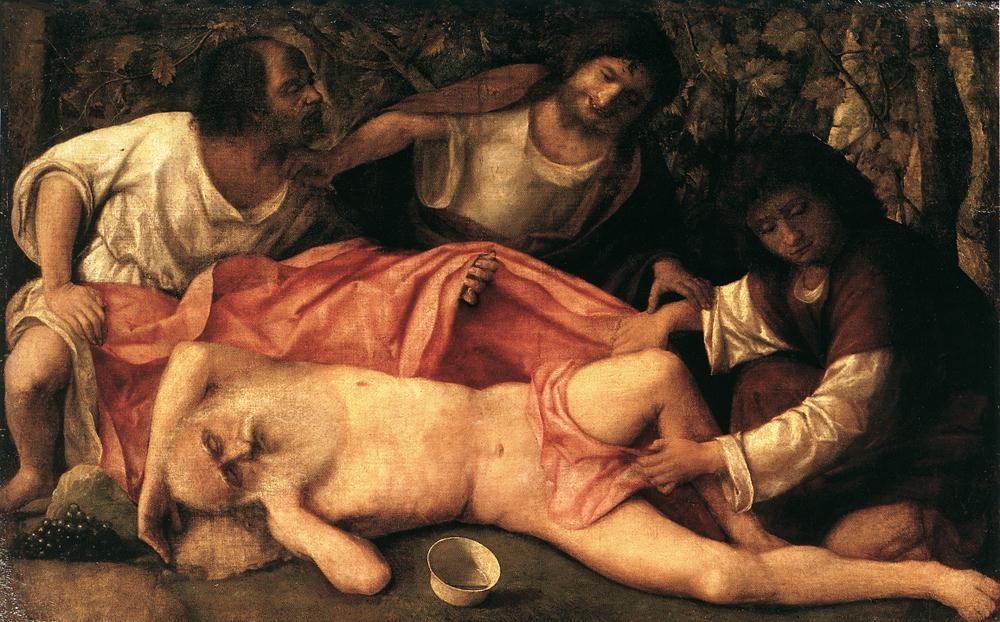 And let’s think about this even more deeply. There’s nothing virtuous or beautiful about getting drunk. I don’t know of any religion that praises drunkenness and tries to teach it to young people as a good way to live. I couldn’t imagine Gandhi, a man known for his virtue and integrity, at a party, shouting, “Chug, chug, chug, chug!” It’s actually disturbing to see someone you love drunk; it’s hurtful and sad. No one says, “I fell in love with my future wife when I saw her at a party. I looked across the room and there she was, super drunk. She just looked so lovely and beautiful. That’s when I knew I would marry her.” Same with men: drunkenness takes away our strength, and ability to protect and serve. When we get drunk, no one respects it, because it shows, in a certain way, we don’t respect ourselves.

How would you feel if I got drunk? Would you be proud of me? Let’s say this Saturday, at our annual golf tournament, after playing a bad round of golf (which will happen), I get drunk. And then you introduce me to your non-Catholic friends, and they wonder, “Is your priest drunk?” Would you say, “Yeah, but he’s not hurting anyone”? And then some of our kids would say, “Mom, Dad, what’s wrong with Fr. Justin?” and you’d say, “Nothing, Honey, he’s just drunk. You can do that too, when you grow up.” Really? It’s not just because I’m a priest; it’s because it totally lacks anything virtuous. I’ve heard about priests, seminarians, Catholic school teachers getting drunk; I’ve heard about devout young Catholics, for example, going to some CCO event and then going out and getting drunk. That’s scandalous and leads other people into sin. 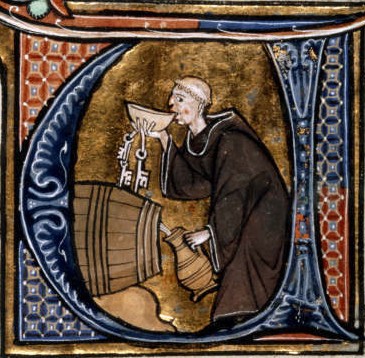 Someone once said to me: “Father, we do it because we think: I’m in a safe environment with other Catholics. Or we think: as long as no one gets hurt.” But I objected: “But at these parties, surely people swear and get rowdy, right?” He agreed. And I continued, “Does anyone get closer to God?” “Of course not,” he said.

It’s good to be clear on this because people get hurt if they don’t have moral clarity. This is good news because it’s a helpful warning. It helps us at St. Anthony’s parish to be aware collectively and not condone getting drunk.

So, now that we know this, if we freely choose to hurt our mind and body in this way, and freely choose to lose our ability to love, then we separate ourselves from God, and if we die in this state, then we have chosen to be eternally separated from God, which means hell forever. This is the teaching of St. Paul in the Bible and St. Thomas Aquinas. If we drink a little too much that it affects our reasoning, that’s a venial sin; if we get to the point of drunkenness, that’s a mortal sin.

What should we do if we’ve ever gotten drunk before? If we honestly had no idea it was a sin, then, as I said, we’re not guilty. But, let’s say we had some idea it was wrong—if that’s the case, then we should confess it. If we already knew it was a mortal sin, and still freely chose it, then we can’t go to Communion but have to go to Confession first. And God forbid, from now on, if we ever choose to get drunk, then we cannot take Communion until we go to Confession.

I imagine there may be more questions, so please feel free to ask. It’s impossible to cover everything in one homily. I can’t cover things like alcohol addiction, exposure early on in life, genetic predispositions, peer pressure, sins done while drunk, etc.

And I think we should show compassion to those who get drunk because they’re hurting, as when they’re lonely, seriously depressed, or grieving. They may be ashamed of their drinking or are drinking to numb their pain. This is different from when we do it just to ‘party’ because we’re just letting go of our morals. For example, it’s assumed at bachelor’s parties that people get drunk—that’s the kind of thing we want to eliminate. But, if we know someone who’s struggling with alcohol, we should help them.

Let’s finish on a high note: our Blessed Lord Jesus Himself drank because there’s nothing wrong with alcohol. It’s the abuse that’s a problem. Jesus wants us to have a good time! It’s great to have a party! The best parties are the ones where we feel great days after and still talk about the fun we had, rather than live with regret.

In the second reading, after St. Paul lists the works of the flesh, he lists the ‘fruits of the Spirit,’ and one of them is self-control. Every religion admires self-control. We all admire people who have the strength to say “No,” who can get up early, exercise regularly, eat what they need, who don’t lust after people, who can control their sexual urges. The most successful people in the world are people with self-control. And Jesus calls us to a life of self-control.

So we can enjoy alcohol as long as it’s truly good for us. We should know our limit and have a good time. And don’t push the limit, but always choose what’s most loving, which here means playing it on the safe side.

Choosing drunkenness is a mortal sin. Self-control is a virtue.