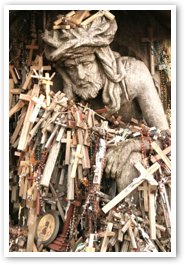 An helpful commentary on religious statistics by George Weigel:

“Of the 7.3 billion human beings on Planet Earth today, 89 percent are religious believers, while 1.8 percent are professed atheists and another 9 percent are agnostics: which suggests that Chief Poobah of the New Atheists Richard Dawkins and his friends are not exactly winning the day, although their “market share” is up from 1900. There were some 267 million Catholics in the world in 1900; today, the world Church counts 1.2 billion members…  In the last quarter of the 20th century Catholicism was displaced by Islam as the world’s largest religious community, as the global Muslim population grew from 571 million in 1970 to today’s 1.7 billion.

The most extraordinary Christian growth over the past century has come in Africa: home to 8.7 million Christians in 1900, 542 million today… But perhaps the most astonishing numbers in the survey involve Pentecostal and Charismatic Christians.  There were 981,000 of these souls in 1900; there are 643,661,000 of them today… In raw numbers, then, Charismatic and Pentecostal Christianity is the fastest growing phenomenon in world religious history…

One more disturbing number: according to the survey’s projections, only 14 percent of non-Christians today know a Christian — a number that speaks to both the isolation of religious groups from each other and the failures of evangelization.  So there’s a lot of work to do in fulfilling the Great Commission, especially with those who have no contact with the faith.”