In grade 11, I skipped class so often that, if you add all the days I missed, it equals a month of school missed. Yes, I was pretty lazy and unfocused, watched probably four hours of TV a day, never read a novel, and never had a job. It’s not something I’m proud of, but that’s who I was. It all flowed from my vision of life. What’s the point of school? At the time, I’d say to get good grades. So if I could get good grades while missing class, what was the point of going every day? And what was the point of reading novels, getting a job? For the most part, I didn’t have a bigger vision of life: I wanted to be a good person, which I already was (just because I’m skipping class doesn’t make me a bad person, right?) What more is there?

When we look at people, what they do tells us what kind of vision they have of their lives. In August, we talked a bit about what our society thinks is the goal of life: enjoying life, having fun, and being a good person. Most of the things we do are focused on achieving these things. So we aim to get good grades, get a good job, do what makes us happy, have good friends, fall in love, and be good parents. What more is there?

Today is the solemnity of All Saints, the day when we celebrate our brothers and sisters who were heroically virtuous and reached perfection: they became like Jesus, loved like He did, and loved Him with all their heart.

I don’t remember when it exactly happened, but within a span of two years, around Gr. 12 and first year of seminary, I decided I wanted to become a saint. Somehow I was exposed to this idea from reading, talking to other people, and going to talks. This new vision of life captivated me. And so what I did changed. I became extremely hard-working. I basically tried to never waste a minute: I would either be studying, reading, praying—something productive. I became more focused on sports and playing my best every time, even if it were at a sport I wasn’t good at. I became more focused on helping people, learning from virtuous people that it’s important to be attentive to other people’s needs. For roughly three years, I basically didn’t eat dessert because I was trying to be healthy and lose weight. In my second year of seminary, I decided I was going to stop yawning in class and during homilies (hint, hint) because I wanted to focus on what the teacher was saying and I realized it wasn’t that polite to yawn when someone was speaking. I tried to stop committing venial sins (not just mortal sins) and every year I tried to spend more time in prayer.

What happened to me? Something clicked. I had a new vision of life that made sense and inspired me. A saint means growing in perfect love and being the best version of ourselves. It does not mean having to be a monk, or not talking, not smiling, not having any fun, or holding a flower in our hand. If, for example, we ever see a priest who’s grumpy, please realize that that’s not holiness. On the contrary, being a saint means being perfectly human. The saints were the most human, joyful, peaceful, strong people ever.

It’s only now that I’ve been able to put two things together: when I met Fr. Doyle when I was 14, four qualities of his struck and inspired me: he was smart, wise, kind and funny. Now I realize that what inspired me was that he gave me a glimpse of what holiness is: it’s the total package of every virtue. In the same way, the monks up at the Abbey inspired me because they were so well-rounded: educated, kind, profound, athletic and disciplined. 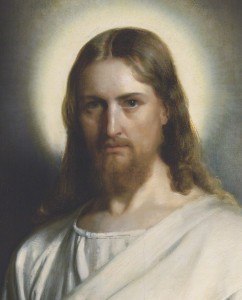 Most importantly, holiness was deeply desirable for me because it meant being like Jesus. I was captivated by Jesus: He was perfect in His love, His manner, His humanity, His body, and His personality. To be like Him was the greatest thing I could possibly do.

Being a saint also made sense to me for a few other reasons: 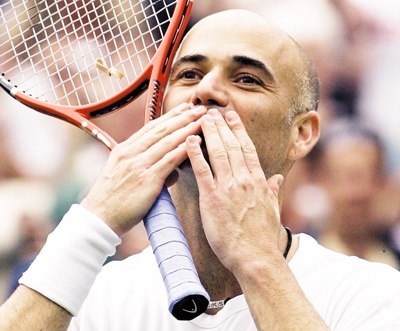 1) When Andre Agassi, one of the greatest tennis players ever, retired in 2006, he mentioned how, when he walked off the court for the final time, the other players in the tournament gave him an ovation. He said something to the effect: their ovation meant the most to me, because the other players are your competition, and when you succeed it’s to their demise. When they succeed it’s to your demise.

In other words, your win is always someone else’s defeat. And that’s the way it is with much of life. When one person gains more money, someone else tends to lose out. When someone is number one, you’re number two. This isn’t always bad; it’s just life. But sometimes, to get ahead in school, sports, and work, we don’t help other people. Since school, sports and work are very competitive, we may focus on ourselves to the detriment of other people.

2) Being a saint also respects the uniqueness of everyone. God is not asking anyone to become someone different, like your parents and friends, and He’s definitely not asking you to be like Fr. Justin, thank God. It’s good to imitate the good qualities of other people, but it’s not good when we try to be a carbon-copy of our older brother or sister, or try to mimic our parents in every way. Why? Because everyone has different strengths and weaknesses. Your goal is to become a saint, and that will make you perfectly yourself.

I know one man, who, when he was preparing to become Catholic, thought he’d have to give up fishing, his favourite past-time. He had the misconception that becoming Catholic and striving for holiness meant giving up something human. Not necessarily. It means enjoying fishing and giving it its proper place: making sure he never misses Sunday Mass to go fishing, not putting it above his family and more important things. It means being the best fisherman he can be. In truth, there’s nothing threatening about becoming a saint.

3) Consider this: not everyone who wants to become a professional athlete can do so. Why? In our politically correct culture, we may say it’s because not everyone has the opportunity. But it’s more than that. Even people with the opportunity will never make it because they’re not tall enough, strong enough, or fast enough. Nor will everyone make it to Harvard. Why? Because they’re not smart enough. Nor will everyone become a great singer simply because they’re not good enough. If we think this is harsh or depressing, then it may be because we think life is about achieving a certain level of success, being above-average, or getting respect.

But that’s not what life is about. The goal of life is to become like Jesus, and fulfill our own potential. God didn’t give everyone equal amounts of height, strength, speed, intelligence, or beauty because life isn’t about being a great athlete, etc. The fact that we can’t become the best singer or be the smartest person around isn’t bad news at all.

Being a saint is the one thing all of us can do, because everyone’s meant to do it. That’s why there are men and women saints, old and young saints. Ven. Antonietta Meo “was diagnosed with bone cancer at the age of five and as a result had to have a leg amputated. She accepted her fate and, wearing a heavy prosthetic leg, continued to play with the other children at her kindergarten. She wrote many prayers in the form of letters… In one of the letters she wrote: “Dear baby Jesus, you are holy, you are good. Help me, grant me your grace and give me back my leg. If you don’t want to, then may your will be done.” There are married saints, single saints, saints who have been abandoned by their spouses, saints who were slaves, who had mental illnesses, who had previously killed people. Dorothy Day, who’s up for canonization, had an abortion. There have even been politicians who became saints. 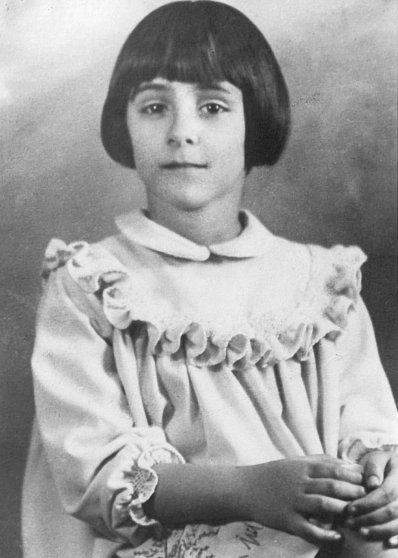 4) Trying to be a saint makes sense of every single event of our life. “Everything that happens in your life, every triumph, trial, and tragedy, is an opportunity to grow in holiness. When you work hard and pay attention to the details of your work, you grow in virtue and character—and holiness. When you are patient with your little sister or a customer who drives you crazy, you become more perfectly who God created you to be… When you develop a daily routine of prayer and practice it persistently, you develop a closer relationship with God—and you grow in holiness. Every moment has meaning” (Matthew Kelly, The Four Signs of a Dynamic Catholic, 77).

If we get this, then we get the a big part of the Church: everything she does and teaches is in some way designed to help us grow in holiness. None of the commandments are designed to make life bad; they’re made to point out the road to be a better version of ourselves. Asking people, for example, to save sex for marriage isn’t about repressing people; it’s about giving them freedom from lust and freedom to have deep friendships.

Jesus wants us to be truly happy. That’s why He invites all of us to become like Him, to be saints. So it’s a good thing to desire this. At a certain point in our lives, when we feel ready, we can decide and pray, “Jesus, I want to be a saint. Make me a saint. I renew my desire to become a saint.” You don’t have to rush this decision or make it artificially. When the time is right, we can choose to aim for this. As we talked about last week, we should want what God wants. And this is what God wants.

Don’t ever think you’re not worthy or not good enough. Holiness is a work of God! God will give us whatever we need to be holy. And don’t be overwhelmed by thinking we have to do it all today. We just have to do simple things, the right things, with great love. Just desiring holiness already gives Him praise.

Whenever I think about being holy I get pumped up! Everything changes when you have this vision: 1) it’s win-win for everyone; 2) it respects the uniqueness of everyone; 3) it’s possible for everyone; 4) it makes sense of every moment. And most importantly, it makes us like Jesus.