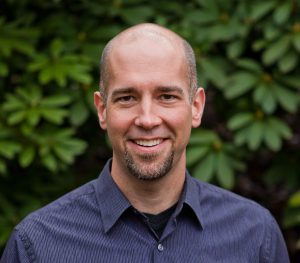 Jake Khym, an amazing speaker who’s giving our next Lenten retreat starting April 3, uses a powerful image. Is there anyone who wants to go back into their mother’s womb? Of course not; life is so much better outside! Look at the beauty of our world! We get to meet other people, do and experience things. But, if we were to tell a baby in the womb, “You should come on out,” the baby would say, “Why? I’m happy here; I’ve got everything I need. I may be upside-down, but I’m warm, fed, loved, my mother talks to me. Life’s great.” “But you’ve got older brothers and sisters who want to see you!” “Who?” “You’ve got a father who’s waiting to hold you.” “A what?” Just as babies have no conception of other people besides their mothers, or of the world around them, so we can’t imagine how good heaven is, because we lack concepts to describe it.

So we should try to understand heaven better, because it’s the goal of our existence. The second reading talks about how we have drawn near to the heavenly Jerusalem, to angels and saints, and to God (Heb 12:22-24). 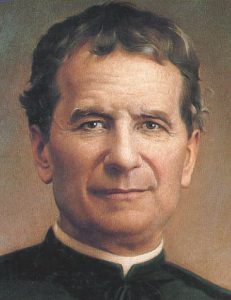 St. John Bosco was an Italian priest famous for dreams in which God spoke to him. When he was 61 years old, he had dream where he “was standing on a hill, looking down on an immense plain,” with water that looked like crystal, “gardens of indescribable beauty,” trees whose leaves were made of gold, and branches and trunks of precious stones. He heard music of all possible instruments in perfect harmony together with choirs of singers. There were many “people in the garden, some walking, some sitting, all radiantly happy” (Forty Dreams of St. John Bosco, 60-64).

Suddenly there was a great procession of boys coming towards him, at the head of which was St. Dominic Savio, then “after him several priests,” brothers and boys. They smiled at him but didn’t say anything. St. Dominic then approached St. John, who asked, “Are you really Dominic Savio?” “Yes… don’t you recognize me?” “Where am I?” “In a place of happiness where all that is beautiful can be enjoyed.” “Is this heaven, then?” “No, whatever is here is of the earth, although improved beyond conception by the power of God. No living person can ever see or imagine the wonders of eternity.” “Would it be possible to have natural light more brilliant than this?” “Yes, quite possible… look there in the distance.” St. John looked and the light was so bright that it almost blinded him and he cried out in his sleep, waking the priest in the next room.

St. Dominic, though the youngest, was obviously the leader of the people behind him, so St. John asked, “Why is it that you take precedence over the others?” He answered, “I am the oldest.”

This dream made a deep impact on me when I read it as a teenager, and I started wanting to go to heaven. It taught me that heaven is beyond anything we can conceive on earth, and that those who are completely united to God enter first.

And who goes to heaven? Last week we said that people who go to hell are those who choose it; they freely break their relationship with God through mortal sins. But, please remember that every sin can be forgiven, God wants to forgive and restore our relationship. As for heaven, this is for “those who die in God’s grace and friendship” (Catechism of the Catholic Church, 1023), meaning those who die in a state of grace. Life is all about our friendship with God. He wants to be our best friend and is constantly inviting us, respectfully and lovingly communicating to us in ways we can understand. We can refuse that friendship, make Him our acquaintance, that is, a part of our life, or make Him the center.

Think about it this way: Who’s the person we’d miss the most if they were taken out of our lives? In other words, who’s the person or persons who give us the most joy, and whom we couldn’t imagine living without? Imagine this person moved to another country and, because of no means of communication, we lost total contact with them for ten years. Imagine how life would change: no more spending time together, hugging that person, hearing that person’s voice. We’d probably be depressed, go to bed thinking about them, wake up thinking about them, and cry a lot.

But then, ten years later, we’re now able to write letters, and they write us the first letter. Could you imagine how amazing it would be to read that letter? They’d be telling us how their life is, what they’ve been doing, and how much they love us. After reading this letter many times, we’d write back right away. Our life would now be living from letter to letter: the happiest moment of every two weeks would be receiving another letter.

Another ten years later, we’re now able to call them on the phone. Their voice has changed over twenty years, but it wouldn’t matter because they still sound the same, and we’d be able hear those nuances that only the voice can communicate. The joy would be indescribable, and now we wouldn’t be able to sleep, not because of sadness, but because of happiness, because we’d replay those conversations over and over again.

Ten years later, we now have Skype. Seeing their face for the first time in thirty years would be the happiest moment thus far of our life.

Finally, after forty years, they’re coming home. The expectation would be unbearable. They’re arriving at YVR tonight, and we can’t eat because we’re so excited. When they walk through that passageway of the arrival area, while we’re waiting behind the rail, it would be heaven. There would be hugs and crying. They’re finally home, we can be with them, and our life would be complete.

The Church calls heaven the “beatific vision,” meaning the blessed vision, because it’s where we see God face-to-face. Many people have heard about God, read about Him, but don’t have a relationship with Him because they don’t communicate with Him. But all of us who pray are writing to Him (maybe texting if it’s a short prayer). As we grow in prayer, our relationship becomes more intimate, and it’s like talking to Him on the phone: longer conversations, more intimate and direct, and we recognize His voice because it’s so familiar. But none of us have ever seen Him face-to-face.

For some of us, Jesus is our best friend and we can’t wait to see Him. St. Paul was so close to Jesus that he wanted to go to heaven. He said, “To die is gain… My desire is to depart and be with Christ, for that is far better” (Phil 1:21,23). St. Teresa of Avila, when she was only seven, wanted to get martyred with her brother, so that they could go to heaven. They actually ran away from home secretly, but were caught by their uncle and sent back home!

That’s why there are different levels of happiness in heaven, as we said in May. It all depends on how much we love the person who was away for forty years. If that person wasn’t that close, to see them again would give us only a certain amount of joy. But if they were the most important person in our life, the joy of seeing them face-to-face after forty years would last a lifetime. Absence actually expands our heart, so that, when the person returns, we have more joy. The more we desire God here on earth, the more we’ll be filled with Him in heaven. That’s why heaven isn’t a place for nice people; it’s for those who want to be completely with Jesus. 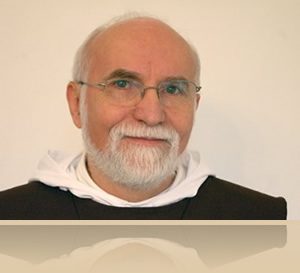 Fr. Jacques Philippe, the great spiritual author, says, “Ultimately, God gives us what we desire, neither more nor less” (Interior Freedom, 34). What do people who choose hell desire? Something other than God. And to desire something other than the source of happiness is to lose that source of happiness, and so we find ourselves without any happiness, and that’s hell. And people who go to heaven aren’t just people who want happiness; they’re people who desire a complete and intimate relationship with God. 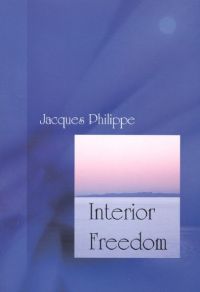 St. Dominic Savio, the one in the dream of St. John Bosco, was 14 years old when he died. But in his short lifespan, he reached such a spiritual maturity that he had a saying, “Death, rather than sin.” He would rather have died than commit the smallest venial sin. That might sound crazy to us, but, sin simply means hurting the one we love, God. And when we love someone, especially the most important person in our life, we don’t want to hurt them in the slightest way. St. Dominic’s love was so great that he would rather have died than hurt God in a small way. His desire to love God was so strong that God granted this desire, and that’s why he entered heaven first; that’s why he was the oldest. That’s why, for some of us, including me, I’d love to go there tonight! (But it’s up to God. I’m sure He wants me to stay here and grow in love.) To want to stay on earth is like wanting to stay in our mother’s womb—it doesn’t make sense. 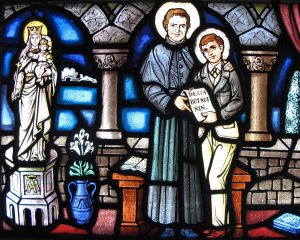 Today is a great day to say a very simple prayer, “Jesus, increase my love for You,” which is another way of saying, “Increase my desire for heaven.” Or, “Jesus, I want you to be the center of my life.” Because ultimately, God gives us what we want, no more, no less.

Hell is a relationship broken. And, depending on how close we are to God, heaven is that relationship fulfilled.