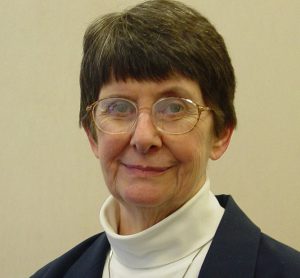 Today let’s try to understand why only men can become priests.  I’m going to follow the explanation given to me by one of my best teachers, Sr. Sara Butler, MSBT, who taught me in New York.  Sr. Sara is a world-class theologian, and one of the first women ever to be appointed to the International Theological Commission, an advisory body that helps the pope in theological matters.  At one time she believed that women could become priests, but, after years of studying the topic more in depth, changed her mind, and then, in 2007 wrote this book, The Catholic Priesthood and Women, explaining why only men can be priests. 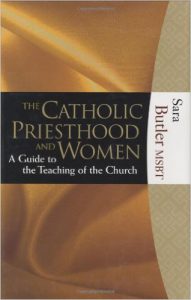 This is how she explained it to me and my classmates, because we all accepted the teaching, but wanted to understand why. She said St. John Paul II had three fundamental reasons in the most important document on this issue: 1) it was Jesus who only chose men; 2) the apostles deliberately imitated His choice; 3) the official teaching and practice of the Church has been unanimous on this point.  Let’s explain these three, and offer some deeper reasons afterwards.

But those who disagree with why Jesus only chose men argue that He did so because He had to: women had a lower status in Jewish society at that time.  He was following what was culturally acceptable and what made sense for the early Church: people won’t listen to women, so let’s choose men (The Catholic Priesthood and Women, 66).

But studying the facts more closely shows this doesn’t make sense.  Jesus was, in fact, quite free to break whatever rule He wanted: He broke the rules concerning the Sabbath, He said He was greater than Moses and the Temple, He made Himself equal to God—and this led to the authorities wanting to kill Him.  Jesus broke cultural norms many times because He did whatever He thought was right. 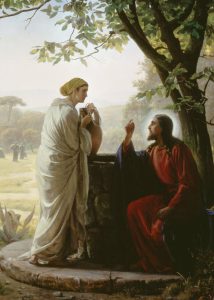 Jesus and the Samaritan Woman

He also broke cultural norms concerning women: He included them as His disciples, let the sinful woman touch Him (Lk 7:36-50), and, when Jesus was talking to the Samaritan woman at the well, the disciples were surprised that He was talking to a woman in public (Jn 4:27), which is not something men did in that time.  When He rose from the dead, He didn’t appear to the first pope (St. Peter) or to the first bishops (the apostles).  Whom did he appear to?  A woman: St. Mary Magdalene—He chose her even though women’s testimony wasn’t accepted in the law back then; from this remarkable choice, St. Thomas Aquinas gave St. Mary Magdalene the title apostle of the apostles.  This all shows that Jesus was completely free to do whatever He wanted, so when He chose only men to be priests, He did it, not for cultural reasons, but for another reason.

2) The apostles deliberately imitated His choice: wherever they went in the world, they would ordain black men, white, brown, even half-white and half-Chinese men (!), but never women.  And they weren’t doing this to appease the culture they lived in.  They lived in a Jewish culture at first, but felt entirely free to break with the Jewish tradition given to Abraham that men were to be circumcised (this was the sign of the covenant) and other Jewish laws.  When the early Christians moved out into the greater Greek world, there would have been no objection to having Christian priestesses, because Greek pagan religions had their own.  Like Jesus, therefore, they did it for another reason, and it wasn’t cultural.

3) Whenever this question came up through the centuries (and it has come up many times, it’s nothing new) the Church always reaffirmed that only men could be priests (Avery Cardinal Dulles SJ, Church and Society, 206).

Now, Sr. Sara said, these are the facts.  But the deeper question is: why did Jesus, the apostles and the Church do this?  We could ask Jesus: “You are all-loving and all-good.  You could have done anything you wanted, but you chose only men.  Why?  What are you trying to teach us?”

It centres on what it means to be a priest.  A Catholic priest is not primarily a preacher, teacher, theologian, leader—women can do any of these and sometimes better than men.  A priest primarily represents the bridegroom, Jesus, married to the bride, the Church.  Two months ago, we talked about one of the most important ideas in the Bible, that humanity is called to marriage with God.  Remember how we said the soul is feminine in relationship with God, and how marriage ends with death, because, in heaven, everyone’s married to God?  The marriage symbolism is so important that God made us male and female so that we’d always be reminded that we’re meant for marriage.  Just as sisters or nuns are called brides of Christ, priests represent Jesus the bridegroom.

Every time we look at a priest celebrating Mass, even if he gives horrible homilies, can’t sing and can’t run a parish, we’re supposed to see Christ the bridegroom who gives His body to the bride.  Mass is a wedding banquet, not just a place to sing songs and teach, which can happen anywhere and by anyone.  During Mass, when the priest gets to the words of consecration, everything is in the past tense (he’s describing what Jesus did), but when he gets to Jesus’ words, it shifts to the present tense and he says “I,” because Jesus acts through man and makes present, in the here and now, the sacrifice of Jesus, when the bridegroom gives his life for bride (Dulles, 212). 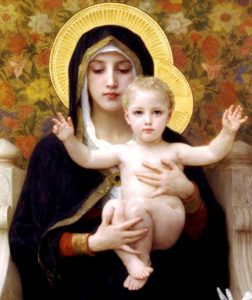 This is why Jesus didn’t choose His own mother to be a priest.  Think about it: if you’re God and you’re going to choose the most qualified people to lead your Church, whom would you choose?  You can either choose the best disciple, the model of what it means to be a Christian, the sinless person who is higher than the angels, the most perfect thing of all creation, or you can choose twelve men who keep on making mistakes, who don’t get it, who bicker and desert you while you’re on the cross.  If you were going for qualifications, you’d choose Mary. But it’s not a question of qualifications, but of representing the bridegroom.  Jesus gave Mary everything, and He didn’t deny her anything when He didn’t make her a priest.

You see, the goal of life isn’t to be a priest.  What is it?  It’s to be a saint.  Léon Bloy, a famous French philosopher, famously said, “There is only one tragedy in the end, not to have been a saint.”  If, at the end of life, we don’t become a priest, so what?  But, if we don’t become a saint?  That’s tragic. 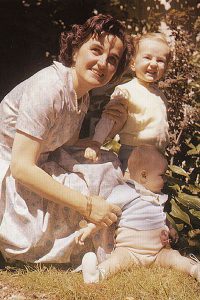 Last week we met St. Gianna Beretta Molla, a wife, mother and doctor.  Who’s more powerful: she or Pope Francis?  She’s the one who works miracles, brings more people to God, and has greater influence with people and greater intercessory power with God (Don’t tell Pope Francis this).

Sr. Sara added one other thing that I’ll add for our reflection, though not all of us may find it persuasive.  She said, in her usual sweet and gentle voice, “Well, just as there’s an imbalance in the spiritual order, there’s an imbalance in the natural order.”  “What do you mean?” I asked.  “Well, just as men can do something that women can’t, i.e., be priests, so women can do something men can’t, i.e., bear life” (Cf. Dulles, 213).  Even though carrying and giving birth to children involves much suffering, there’s also a special grace here: women are much closer to life than men are.

St. John Paul II explained it this way: “Parenthood… is realized much more fully in the woman, especially in the prenatal period…  This unique contact with the new human being developing within her gives rise to an attitude towards… every human being…  It is commonly thought that women are more capable than men of paying attention to another person…  The man… always remains ‘outside’ the process of pregnancy and the baby’s birth; in many ways he has to learn his own ‘fatherhood’ from the mother” (Mulieris Dignitatem, 18). 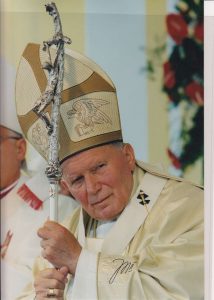 For the sake of fairness, we must ask, “Has there been unfair treatment of women in the Church?”  Sadly, yes (The Catholic Priesthood and Women, 29-31).  Because the Church is both divine and human, we have beautiful teachings guaranteed by Jesus but also sin and mistakes made by us.  Discrimination against women has existed in the Church, and it’s something that’s getting purged, which is wonderful.

Let’s summarize: Jesus didn’t discriminate; the best disciple, the most qualified person would have been Mary, but He didn’t deny her anything when He didn’t choose her to be a priest; the real goal of life is not priesthood but holiness; women have an advantage of being closer to life than men; and most importantly, the priest represents Jesus married to the Church.