There was once a Christian pastor sitting next to a man on a plane.  When they started talking about faith, the man said he didn’t go to church but was “good with God.”  The pastor knew that didn’t make sense and so tried to explain that even when we think we’re good with God, we don’t love Him as much as we should.  So, he took out a napkin and wrote ‘God’ at the top, and from there drew a line downwards to the bottom; along this line he would indicate how close someone was to God.  Then he said, “Mother Teresa was one of the holiest people on earth in modern times, yet she still felt she made many mistakes, even hurting some people, so she’s here (meaning near the top of the line, but still away from God).  Billy Graham has spent his whole life introducing people to Jesus and working for God, but he still asks people for prayers because of all his mistakes.”  And he placed him below Mother Teresa.  Then he added Pope Francis, who repeatedly refers to himself as a sinner.  And then the pastor marked himself well below those people, and asked the man, “Where would you put yourself?”  The man put himself just a little below the pastor.

The point is clear: He thought he was pretty good but didn’t love God as much as he should, and he needed to have this pointed out to him by comparing himself to people who were holier than he. 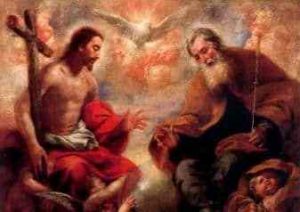 Jesus wants to point out something similar to all of us today.  If we place ourselves in the Gospel scene and we’re standing before Jesus, God Himself, who is holiness itself, and ask Him, “Teacher, which commandment in the Law is the greatest?” (Mt 22:36) that is to say, what’s the most important thing in life?  The parallel question in another Gospel is: “Teacher, what shall I do to inherit eternal life?” (Lk 10:25).  Jesus answers that the greatest commandment is to love the Lord our God with all our heart, all our soul, and all our mind.  St. John Paul II says that the commandments are written in the human heart (Veritatis Splendor, 4), meaning this is something we already know.  But standing before Jesus, holiness itself, it’s now clear that we’re made for more, but aren’t there yet.

Last week, we talked about praising God and praising the goodness we see in other people.  God deserves praise and people deserve to know their good points.  But we’re not yet there.  So, how do we get there?

(Before we get into this, I’d like to praise God for His goodness this week, in helping us grow.  I met a lot of people this week and noticed how they were more open to leading prayer, and not embarrassed about praising God at the beginning—this is a huge step forward.  I noticed many people complimenting each other in emails, as well as a lot more encouragement, praise and recognition of the good things people are doing.  It felt like a culture of encouragement.  So, keep up the good work!)

Back to the question at hand: How do we get there?  Let’s go over five obstacles that prevent us from praising God and others.  The first two apply to any situation while the last three deal particularly with praising other people.

1) We’re shy.  I’d like to very gently suggest that shyness is not a good thing.  It’s not a sin, but it is an inability to do what’s right.  It seems to me there are two broad categories here: 1) It’s understandable when kids are shy; this takes a lot of work and grace to overcome it, and we need to be patient;  2) Sometimes we adults use shyness as an excuse—this is what we’re focusing on.  For example, someone may ask, “Why don’t you greet people after Mass?”  The response: “I’m shy.”  Or, “Why don’t you speak up when it’s necessary, or speak the uncomfortable truth, or tell people about Jesus?”  “I’m shy.”  That’s a problem.  It’s one thing to be quiet, because being quiet is a choice, and, when the time comes for a quiet person to speak up or reach out to other people, they can do it.  Shyness, on the other hand, prevents us from doing the right thing:  Going out of ourselves, sharing our faith with others, getting to know people’s names, taking care of people, etc.

Someone once told me there’s nothing wrong with being shy.  But, when it prevents us from doing God’s will, it is wrong.  No one ever says, “Wow!  You’re so shy!  How do you do it?  You must have worked really hard on improving your shyness.  Can you teach me how to do it?”

If we’re shy about expressing our faith when we pray with other Catholics, something’s not quite right.  Some Catholics might think we sound very religious, but that’s normal: Praising God in prayer is what disciples do, and it’s what we do here.  In my opinion, it’s more strange for someone who loves God not to praise Him.

With God’s grace, we should be aware that this is holding us back.  We want to root ourselves more in our true identity as children of God; if we’re God’s children and He’s our Father and takes care of us, why should we be afraid?  God gives us confidence so that we can be bold.  Let’s think less about our comfort zone, and more about God and what’s good for other people.

The next three obstacles have to do specifically with praising other people:

1) “I can’t think of much to say.”  Well, make it up—that’s what Deacon Andrew does with me.  Just kidding.  The truth is, everyone has good points, or does some good things.  Someone, for example, might not always be kind, but when they are, praise that instance!  If we struggle with knowing people’s good points, it’s likely we haven’t given it much thought.  Let’s just take some time, ask the Holy Spirit for insight, and make a mental note of what we come up with.

2) It’s hard to praise someone if we haven’t apologized first.  I realized this last week:  How can I praise you, which is a sign of love, if I’ve hurt some of you and not yet apologized?  It’s similar to someone who just shouted at a family member, doesn’t apologize, and then acts very kindly the next time they’re together.  Something’s wrong here: He hasn’t taken responsibility for what he’s done, and so the praise falls on deaf ears. 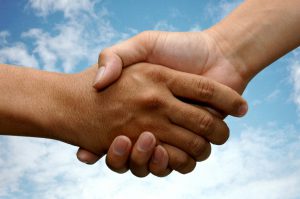 Jesus says, “When you are offering your gift at the altar, if you remember that your brother or sister has something against you, leave your gift there before the altar and go; first be reconciled to your brother or sister, and then come and offer your gift” (Mt 5:23-24).  Praise is a gift, and to offer it sincerely means we must first apologize to the people we’ve hurt.

(By the way, this is a perfect parallel as to why we can’t receive Holy Communion if we’ve missed Mass any week beforehand.  If we’ve just hurt Jesus by saying Mass wasn’t important enough to make the effort, then it’s insincere to take Holy Communion the next week without first apologizing in Confession.)

With this in mind, I need to apologize for the times I’ve hurt you, and I’ll try to reach out to individual people I think or know I’ve hurt.  And if I’ve hurt you and don’t know it, would you tell me, please?

3) Here’s a harder one, especially in strained relationships between spouses, siblings, etc.:  We don’t want to give compliments, even if they’re true.  But the question is:  Do they deserve it?  Now barring any extreme situations where it might somehow cause more harm by praising someone, generally, people deserve to be told what they’re doing right.  That’s because Jesus says, “Your Father in heaven… makes His sun rise on the evil and on the good, and sends rain on the righteous and on the unrighteous” (Mt 5:45).

Now a part of us may feel like: “If I compliment them, they’ll feel like they’re perfect and never try to improve their faults.”  But that’s not true.  Praising a good point doesn’t mean they’re perfect.  If we truly love them, we’ll still point out where they need to grow.

When we think, “It’s hard to give her praise,” we should ask, “Why is it hard?”  Is it pent-up resentment?  Unresolved hurt?  Betrayal?  Self-preservation?  Laziness?  This may be another area where we need God’s help to understand and be healed.

Remember the story about Ann?  She asked her counsellor: “Dr. Chapman, is it possible to love someone whom you hate?” referring to her husband, Glenn.  Ann was going for counselling but Glenn wasn’t interested.  After ten years together, her love for him had been killed by years of criticism and condemnation, and her emotional energy and self-esteem was almost destroyed.

When she met her counsellor a week later, he listened kindly and was sympathetic, and said whatever advice he would give would cause deep pain.  He slowly read to her Jesus’ words: “Love your enemies, do good to those who hate you, bless those who curse you, pray for those who mistreat you” (Lk 6:27-28).  Then he suggested an experiment:  If she could love Glenn in a way he understood and appreciated for six months, his emotional need for love would be met and then he’d likely start reciprocating.

There was no way to be sure this would bear fruit, but Ann’s deepest desire was to save her relationship, for her and Glenn to love each other again and express it, so she decided to do it.

The plan was this:  She’d go home and say to Glenn, “I’ve been thinking about us and I’ve decided that I would like to be a better wife to you.  So if you have any suggestions as to how I could be a better wife, I want you to know that I am open to them.  You can tell me now or you can think about it and let me know what you think, but I would really like to work on being a better wife” (Dr. Gary Chapman, The 5 Love Languages, 158).

She actually started doing specific things and set goals to love him in ways he appreciated.  She looked for the positive things in his life and gave him verbal affirmation.  She stopped all complaints and just wrote them down in her notebook.  Needless to say, this was very hard, but she tried to do what was right according to Jesus. 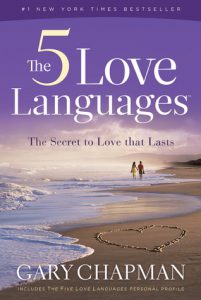 And there was a miracle: “In the next six months, Ann saw a tremendous change in Glenn’s attitude and treatment of her.  The first month, he treated the whole thing lightly.  But after the second month, he gave her positive feedback about her efforts.  In the last four months, he responded positively to almost all of her requests, and her feelings for him began to change drastically.  Glenn never came for counselling, but… encouraged Ann to continue her counselling” (162).

All this leads to the final most important point: We can’t improve without God’s grace.  Jesus says, “Without me, you can do nothing” (Jn 15:5).  He didn’t say, “Without me, you can do some things,” but nothing.  It is very difficult to overcome shyness, try something new, look for the good in people, apologize first, and give praise to people we don’t think deserve it.  We need His help.  That’s why we need the Eucharist, because the Eucharist is Jesus.

Going back to the napkin and the line between being close to God and far away from Him, the only way to love God with all of our heart, mind, soul and strength is to overcome our obstacles by the grace of God.