In elementary school, I remember being on a school bus going south on Granville Street in Vancouver, when we stopped at a light by the Chevron gas station.  There was a homeless man in rags sleeping on the sidewalk, and some of the kids in the bus waved at him like he was a spectacle and showed no pity.  I distinctly remember the meanness of one boy, who pulled out a bill of money and waved it at the man.  I hated that whole situation.  They were so mean.  How do you feel about this when you hear it?  I’m sure it bothers you, but it’s distant.  If you had been there and seen it, you might feel the same way as I.

In 2011, there was a documentary called Bully, which follows the tragedies of kids’ bullying weaker people, and how two victims committed suicide.  Here’s part of the trailer.

When we see an injustice, that’s when we feel it.  These children are in pain, there’s no excuse for the cruelty of the bullies, and some of the parents are clueless.

The reason the Church champions life against abortion is because it is terribly unjust: life is the foundational right.  (Without the right to life, the right to water, food, and freedom are useless.)  Abortion is also the number one cause of death in the world.  In 2019, there were 42 million abortions worldwide, and this isn’t from a pro-life website, but from Worldometers.  Overall deaths in the world due to disease were comparatively small at 13 million.  Abortion kills more people than anything else.  This is terribly unjust.

The First Reading from the prophet Isaiah comes from a chapter where God judges His people with legal language.  It’s fascinating: There’s a summons, an indictment, a probation, another indictment, and then a warning.  The warning is what we hear today when God says, “Is this not the fast that I choose: to loose the bonds of injustice, to undo the thongs of the yoke, to let the oppressed go free, and to break every yoke?  Is it not to share your bread with the hungry, and bring the homeless poor into your house; when you see the naked, to cover them, and not to hide yourself from your own kin?” (58:6-7).

The Jewish people were fasting, but committing injustice at the same time: They were oppressing workers, quarrelling, physically hitting people (Is 58:1-3).  They forgot the deeper part of fasting, which is sincerely turning to God and loving one’s neighbour.  To fast without loving as God does is a perversion (Carroll Stuhlmueller, C.P., in New Jerome Biblical Commentary, 345).  God wants His people to ‘loose the bonds of injustice,’ ‘let the oppressed go free,’ ‘share your bread with the hungry,’ ‘bring the homeless poor into your house,’ ‘cover the naked,’ and not abandon our fellow man.

The famous Jewish theologian Abraham Heschel wrote extensively that God relates to us with human feelings: He’s sensitive to evil, injustice is a disaster, He’s alarmed (Abraham Heschel, The Prophets, 3-8, 288-298).  He speaks with feelings through the prophets.  Jesus, too, was angry at people’s hardness of heart and turning His Father’s house into a marketplace (Jn 2:13-22.  Cf. Mk 3:1-6; 10:13-16).  In the same way, we also need to feel His pain where there’s injustice.

Last year, I mentioned that babies feel pain by twenty weeks of gestation.  We’re against all abortion, but shouldn’t Canadians at least forbid abortion after babies can feel pain?  Wouldn’t that be the humane thing to do?  Here’s the chart of fetal development we showed last year: 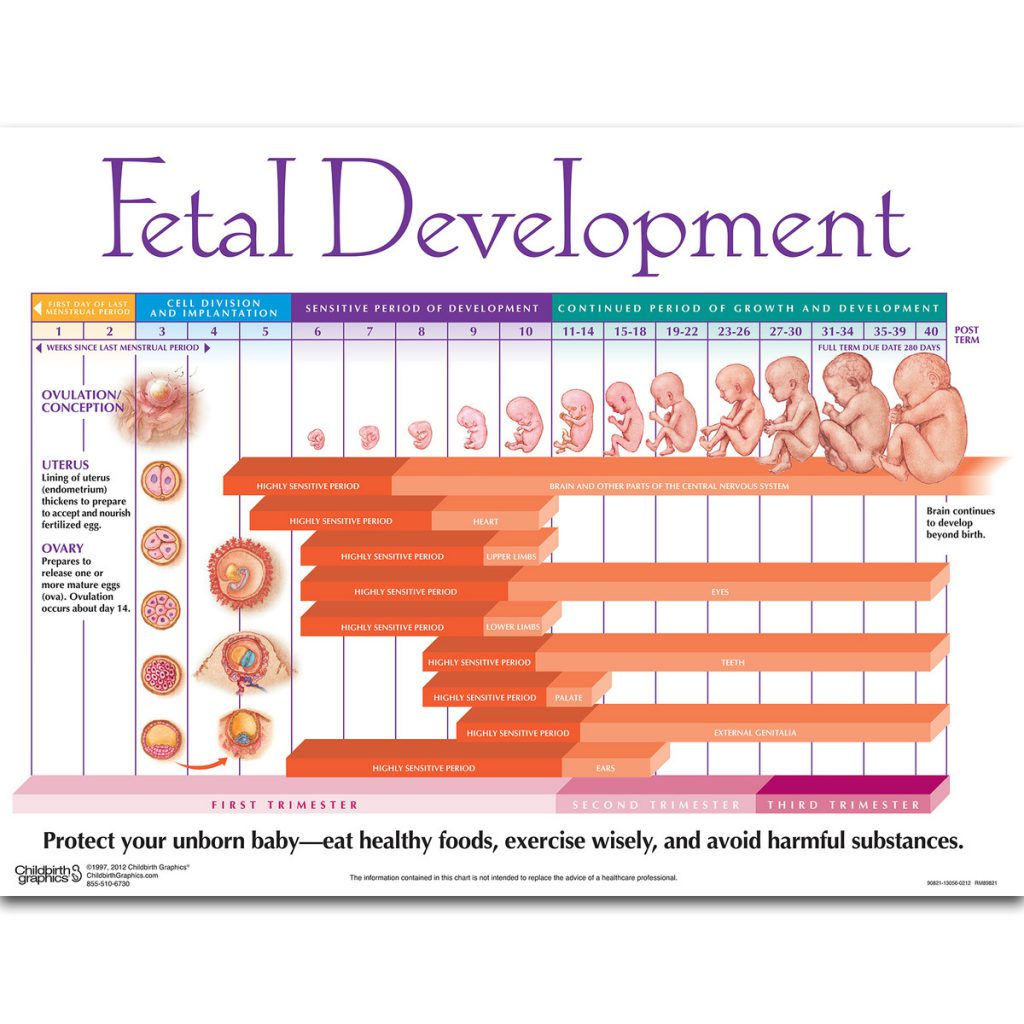 In Canada, we can get an abortion throughout the whole period of pregnancy, right up until birth.  Here’s an ultrasound of Levi Cziolek, one of our small parishioners who was born last year.  While he was in his mother’s womb, he had no rights according to Canadian law.  What!?  Even if he were to grow to a certain stage when he could survive outside his mother’s womb, he would still have no rights?  In 2017, there were 94,000 abortions in Canada because the unborn have no rights.

The video was made by Laura Klassen, a Canadian who was motivated to stand up for life when she saw graphic abortion images as a child.  She said the images “stuck with me… because I realized how many babies were being killed”.  Other people have said that seeing the reality of what abortion truly is moved them to change.  That’s what happened to me: When I was 19, the first time Stephanie Gray offered to show me videos of abortions, I refused, which I now admit was a mistake.  Some months later I chose to watch and saw babies coming out of the birth canal in bloody pieces—that’s when my heart was changed.

Many people don’t want these images shown because they upset people.  But images of war upset people—that doesn’t mean we should stop showing these images.  Remember years ago those pictures showing what smoking does to people’s faces, how their faces age?  That’s how they got people to stop smoking.  We’re a visual people and are moved when we see reality.  And what’s more disturbing: the images of babies killed or the fact that it’s happening?

Question: But what if people who have had abortions feel guilty when they see the images?  Answer: We don’t want to hurt people, but seeing graphic photos may help us repent and face what we’ve done, which is good.  And what’s more important?  The right of the baby to live or the right of someone not to be offended?  The right to life takes precedence.  And at every Mass, we have the graphic image in the crucifix; we see Jesus in pain, almost naked, and suffering.  Millennials are the most pro-life generation in part because we see ultrasounds, the pictures, and we know the science of life.

In September, I mentioned that soon we’ll show the reality of abortion here at Mass with photos because we need to feel God’s sense of injustice.  But, may I ask you to think about something: Do we have to wait long?  Every day, there are thousands of abortions, and I feel I’m slowing down as your spiritual father because I’m afraid you’re not ready—Is my decision right?  Remember how one of you told me that I was holding back?  Please pray about this and let me know what you think, because I don’t think we can wait much longer.

How do we stop abortion?  Here are three ways:

1) Prayer.  This is a spiritual battle, and in places that have done 40 Days for Life, we’ve seen 14,643 babies saved, 177 workers leave the abortion industry and 96 abortion centres close.  Three years ago, when we started participating in 40 Days for Life, we had 120 people come out for a day, each person taking an hour.  The next year, we had 220 people over two days, and then last year, we had 307 people, including the most men ever, for four days.  This year, we’re going to cover five days, starting on Thursday, February 27, 2020 right after Ash Wednesday, to Monday, March 2, 2020.  It’s a time of peaceful prayer and vigil.  This year, we want to invite people to think about doing multiple hours, and want to add fasting, like the Jewish people did, as a sign of our sacrifice and sincerity to God.  This may be the best Lenten penance we could ever do.  In your pews are sign-up cards.  If you’re willing, please fill them out, giving us your name, number, and what day and time you’ll come.  Thank you!

2) We have to be confident about sharing what we know to be true.  We live in a free society where we’re allowed to speak our minds.  One of the best ways to help people to choose not to have an abortion is to educate.  Try sending articles to friends, or a five-minute video like this one, which explains the morality of abortion.  (It’s not a perfect moral argument, but it’s pretty persuasive).

3) People are pro-choice, so let’s present them with the three options when someone is pregnant: keep the child, adoption, or abortion.  Laura Klassen not only works to stop abortion, but helps women in crisis.  Her website says, “You may be feeling… shocked, scared, excited… we are here to support you…  Don’t rush into making your decision… It’s your choice… but know that you are making a choice for two”.  She shows the facts about pregnancy, what babies look like, and reminds women that they are not alone, giving a list of pregnancy centres in their area.  She reminds pregnant women that they are strong enough to parent the child, and, if they can’t, then adoption gives families who want a child the opportunity to have one.  Her example reminds all of us, men and families especially, that we always want to support women in difficult pregnancies.

We all wish we could stop bullying and disease, and injustice.  We now have three ways to stop the number one cause of death in the world.  The First Reading says that the people of Israel were being judged for doing evil, but what’s interesting is that the chapter doesn’t end with a guilty verdict but with an announcement of salvation!  The people changed!  Let’s change, too, because God feels angry at injustice.