Have you ever gotten angry while flying? You leave home late, forget to pack something, your plane is delayed, people at customs are mean, they confiscate something in your carry-on, and you fight the person next to you for the armrest. 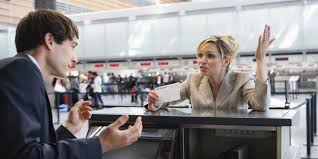 In one famous incident, there was a reversal of anger. Instead of a passenger getting angry, it was a flight attendant, Steven Slater, who claimed “that as JetBlue… taxied to a stop, a passenger stood up too early to retrieve her bag from the overhead compartment. She had been instructed repeatedly to remain seated. Despite this, the passenger continued to remove the bag, and in doing so, she hit Slater in the head with the bag. When asked for an apology, the passenger responded with profanity.” He “announced over the plane’s public address system that he had been abused by a passenger and” said, “I’ve been in this business 20 years. And that’s it, I’m done.” “He then grabbed two beers and exited the plane by deploying the evacuation slide and sliding down it.”

Whether or not his side of the story is true, the story got a lot of media attention because there’s a part in all of us that gets angry. We sympathize with people who get taken advantage of, but the truth is, he was not a working-class hero: swearing at people is not right, deploying the chute could have killed someone on the ground, and grabbing the beers didn’t make anyone take him seriously.

In today’s Gospel, we see Jesus get really angry. “In the temple, he found people selling cattle, sheep, and doves, and the money changers seated at their tables. Making a whip of cords, he drove all of them out of the temple… He also poured out the coins of the money changers and overturned their tables” (Jn 2:14-15). He’s mad because the Temple was supposed to be a house of prayer for all nations; “he was angered that its outer court had become a place of commerce” (CCC 584). 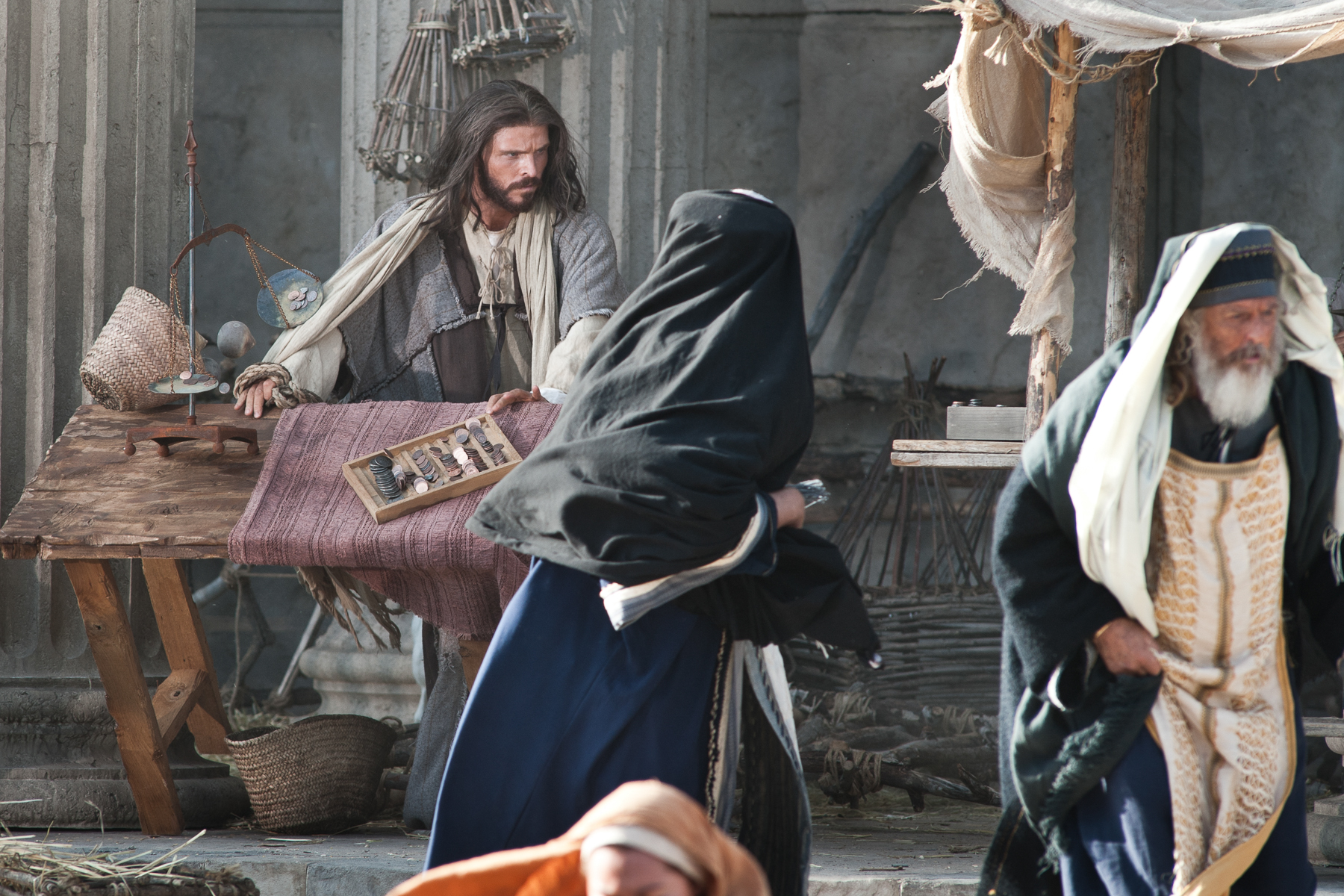 According to St. Thomas Aquinas, anger can be wrong in three ways:

1) “When we are angry over the wrong things–over things that are not unjust. Some examples: a lazy student who did not study but is angry at his teacher for giving him a poor grade, a family member who is angry that you are not coming home for Thanksgiving dinner even though you are very sick,” a child who is angry because you want him to go to Mass, or having to pay a parking ticket that we deserved.

2) “In our motives. When someone hurts… us, we might be driven by a vindictive attitude, which wants to see that person suffer…. We might hope their wrongdoing will be exposed – not for their own good.”

3) “If it is too fierce… This can happen, for example, when we hold a grudge… we respond in a fury over a small matter, if we punish a child too severely, or if we purposefully neglect basic courtesy toward the person who hurt us” or ignore people.

So, for Steven Slater, he was justly angry if that passenger swore at him and hurt him. But his anger was sinful because what he did wasn’t out of love for that passenger, and his anger (cursing over the PA system, quitting his job, grabbing the beers, and pulling the emergency chute) was disproportionate.

For us, we should get angry according to the three points:

1) We should focus on getting angry over the right things (e.g. Bullying, swearing, lying, cheating). I love how, when Captain America was asked “Do you want to kill Nazis?” he replied, “I don’t want to kill anyone. I don’t like bullies; I don’t care where they’re from.”

When the supreme court struck down the laws against physician-assisted suicide, were you angry? I think we should be, because it’s wrong.

To not get mad is “unreasonable patience.” Why? If we don’t correct people who do what’s wrong, then we tacitly “encourages them to persist in their evil deeds… It also causes confusion in the community over what is truly right and wrong.” 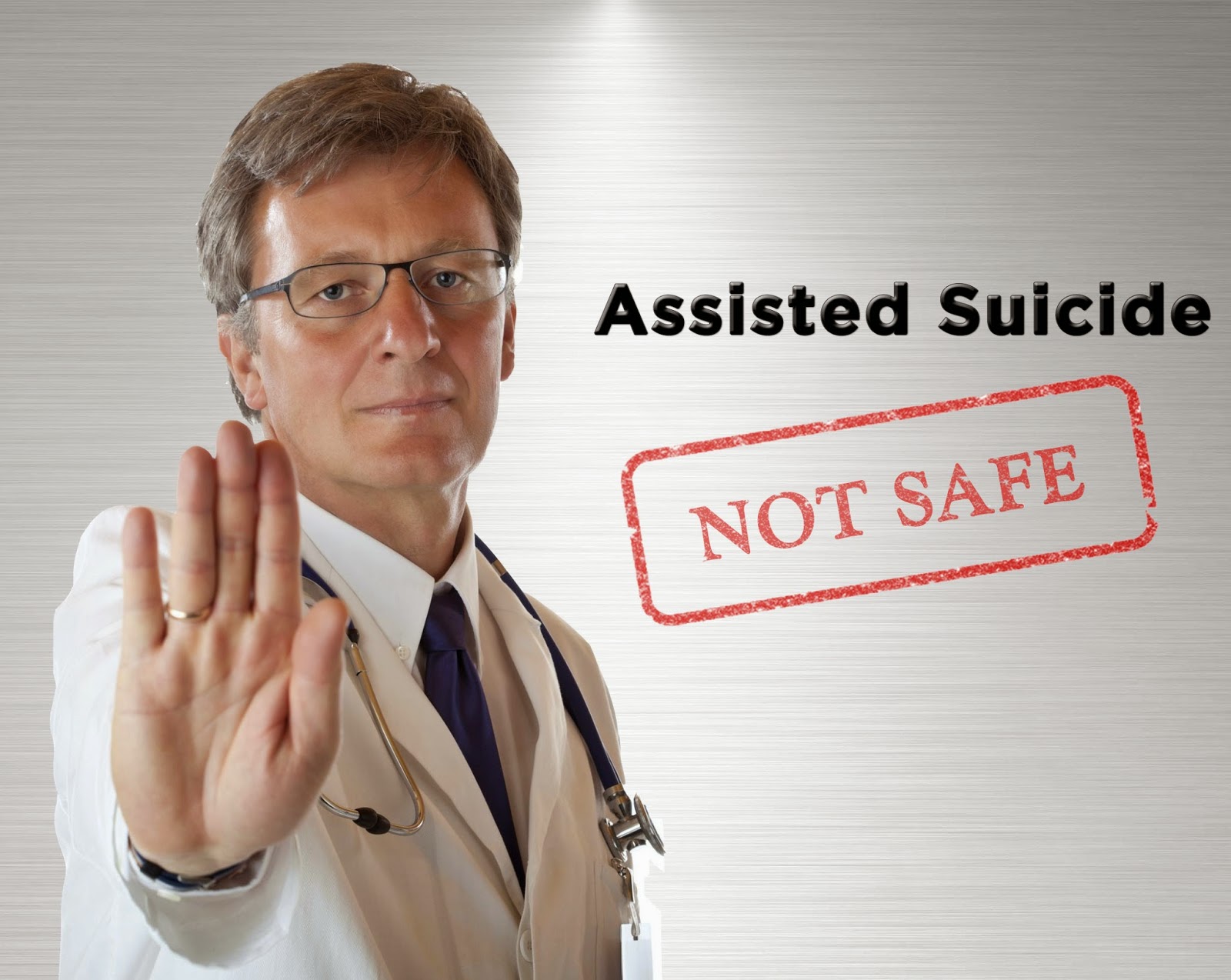 2) If we’re mad, it should be for the right reasons: e.g. we’re mad that euthanasia will hurt so many people. Or, when someone lies to us, or doesn’t help when they should, or our children do something wrong, then when we talk to them about it, it has to come from love, not from disappointment, frustration, selfishness, or rage.

3) Our anger should be proportionate. This takes a lot of work; most of us quite often wait until things get out of control and then explode. When we raise our voice, and sometimes that’s the right thing to do, it should be controlled, not out of control.

Years ago, while playing road hockey at the seminary, one of the high school seminarians was playing recklessly. I think he may have had a lot of anger inside him. He was wildly swinging his stick at the ball without concern for other players near him. While most people would have responded with anger that was equally violent, my classmate, now Fr. Alessandro Lovato, calmly but firmly put his stick on this boy’s body and pushed him away. He communicated that what was happening was unacceptable, but he was in control. I was the referee at the time and was amazed at the controlled response of Al. It’s an example that I’ve never forgotten. 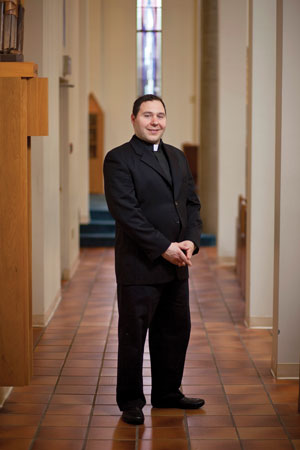 Because Jesus got mad in the Temple, I’m reminded of another time when I got mad during Mass. A few years ago, I got so mad at some students and parents who were talking during Mass. Why? Because it was so disrespectful. And not just during Mass, but during the most important part of the Mass, Communion, they actually started talking loudly, and it was flagrant. (Compare this to non-Catholics who whisper in Church and show more respect.) I was extremely mad on the inside but didn’t do anything on the outside. Afterwards, I went to the pastor, who said, “You’re right to be angry. Jesus is angry.”

Let’s apply the three points to this situation: 1) Was I right to be angry? I think so. A Catholic church is sacred because the Eucharist is here, people are trying to pray, and all Catholics know this. After all, Jesus used a whip and flipped over tables! (At least I didn’t use any weapons.)

2) But, had I said something at that moment, it wouldn’t have been done in love. I was mad at them, not just at what they were doing. But it’s reasonable to assume that they had no malice; they weren’t trying to be disrespectful, but were being negligent.

3) My anger was disproportionate. The pastor handled it better: he talked to them the next week about it and it improved.

This is a perfect opportunity to remind ourselves, including me(!), not to talk in church, and I’m not talking about babies, but about us who should know better. This applies not just during Mass, but before and after Mass (sometimes priests and those who work at a church are the worse culprits!), because God is present. 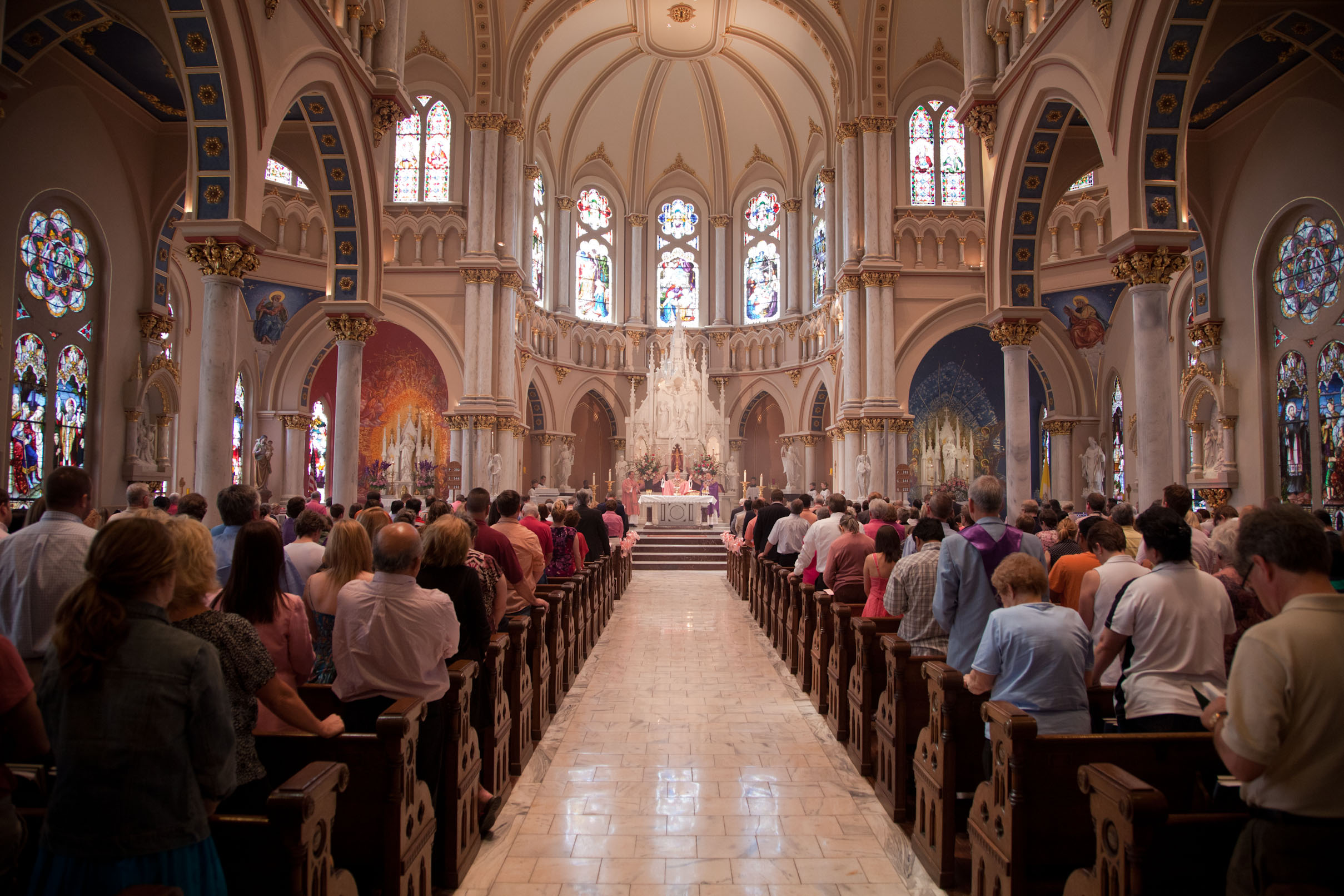 If we need to talk then let’s whisper. I’ve come to realize that when people talk in church they must think we can’t hear them, but the truth is, we can hear them: we can hear the altar boys talk, the people in the choir loft talk, those in the entrance, and those in the sacristy too. For most of us, we rarely have silence in our lives, so to allow someone to have silence in church is an act of love. The same thing applies for baptisms and funerals and weddings. When Mass is being celebrated, we shouldn’t even be talking in the foyer, because people are trying to pray.

In the end, it’s a balance: we should greet each other and show love, and it’s good to want to socialize, but socializing should happen outside the church, and we can greet each other in silence when we’re inside a church. Quite often, I smile and wave at people, without saying anything.

Please point out to me when I’m talking, because I want to improve and I want to set a good example. From now on, I’ve decided that, after Mass, I’ll greet people further away from the main door to move the sound away from the church since people like to stay inside and pray afterwards. And we’ll keep the doors between the vestibule and the church closed most of the time, unless there’s a huge flow of traffic coming through.

I’m praying today that, if we get angry, then we’ll get angry like Jesus: 1) over the right things; 2) for the right reasons; and 3) in the right way.