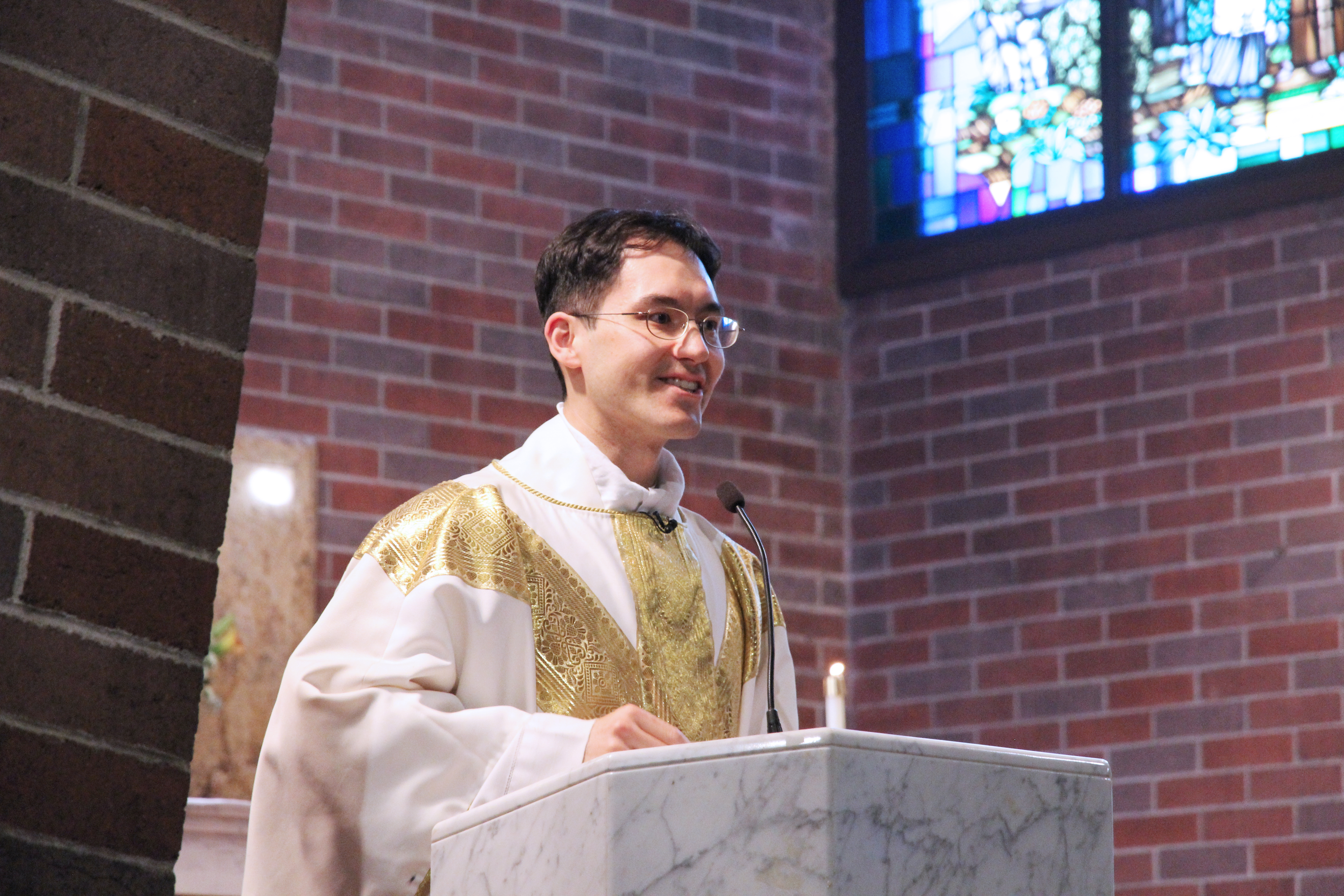 I’d like to start with a quiz, to see how many people have been paying attention to the homilies!

What’s the common theme in all of these questions? God’s love for us!

1) “No matter what we’ve done, God always loves us.”
2) Being a good person is good, but it’s not enough because God wants a relationship with us. He wants a relationship with us because He loves us.
3) One tip to be more joyful is: be grateful, because all good things come from our Father who loves us.
4) Confession: it changed my life because I encountered God’s love.
5) b) “The Father is fathering me.” This is another way of saying He loves me as a father.

Today in the first reading God says that He’ll make a new covenant with the house of Israel and Judah, that He’s their husband, that He’ll write His law within their hearts, that all people will know Him, and that He will forgive their iniquity. This is another way of saying… God loves us!!! This is the foundation of our whole lives: why does He create us? Why does He give us gifts? Why does He call us? Why does He gives us the commandments? Because He loves us. If we don’t get this, so many things won’t make sense. The whole Bible is a love story. From beginning to end, it’s about God’s love for us. 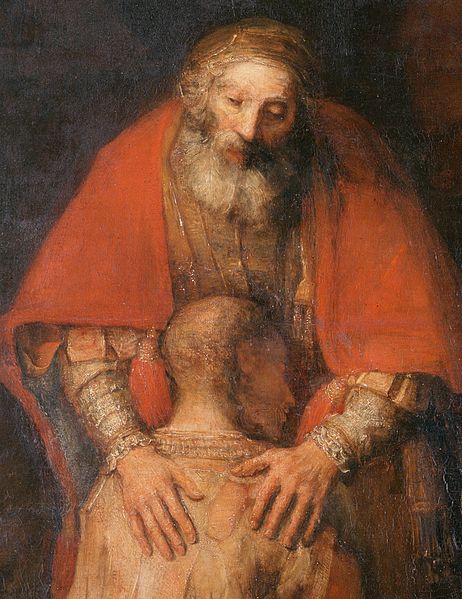 A woman once wrote Archbishop Fulton Sheen about her brother who was in a hospital dying of cancer of the face, and had been away from the sacraments for 30 years. She said he was an evil man because he sought to destroy goodness, faith, and morals in others. About 20 priests had gone to visit him, but he threw them all out. Knowing this, Sheen visited him on the first night for only five seconds. But he decided to visit him for 40 nights and every night he would increase his visit by 5-10 seconds.

On the 40th night, he brought the Eucharist and the holy oils and decided it was time to talk to him about his soul. He said, “William, you’re going to die tonight.” He replied, “I know it.” Sheen said, “I’m sure you want to make peace with God tonight.” Raising his voice, William said, “I do not. Get out!” Sheen said, “I’m not alone.” “Who’s with you?” “I brought the good Lord along. Do you want Him to get out too?” But William said nothing.

So Sheen knelt down alongside His bed for 15 minutes and promised the Good Lord: if William shows some sign of repentance before he dies, then Sheen would build a chapel in the southern part of the US for the poor people.

After the prayer, he said again, “William, I’m sure you want to make peace with God before you die.” “I do not. Get out!” and he started screaming for the nurse. In order to stop him, Sheen ran to the door as though he were leaving then quickly went back, put his head down alongside his face and said, “Just one thing, William, promise me, before you die tonight, you will say, ‘My Jesus, mercy.’” This received the same reply: “I will not! Get out!”

About 4 a.m. the nurse called and said that William had just died. Sheen asked, “How did he die?” The nurse said, “About a minute after you left, he began saying, ‘My Jesus, mercy,’ and never stopped saying it until he died.” 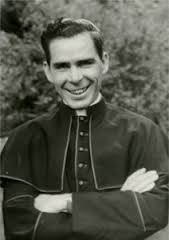 Our Father loves each of us individually and Jesus died for us, and the Holy Spirit is constantly working all things to love us, so that we respond in love. God is always communicating with us; it’s just that we don’t listen or don’t want to see the signs.

Because God’s love is the foundation of everything we are, say and do, we’re going to repeat this message over and over again in the homily. Certain things aren’t believed unless they’re repeated. 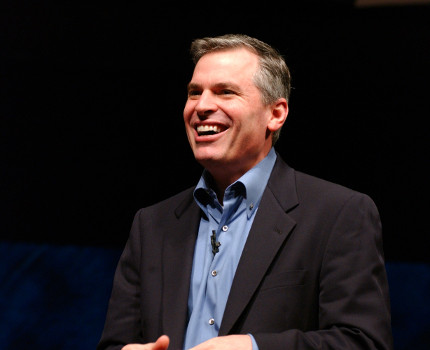 There’s a story about a woman who says to her husband, “Why don’t you don’t tell me you love me anymore?” Surprised, he thinks about it and says, “Well, I told you I loved you when we got married. I’ll let you know if it changes” (Patrick Lencioni, The Advantage, 142).

Saying it once isn’t enough because we may understand it intellectually, but repetition helps us understand it emotionally. I have, for example, no doubt in my mind that my parents love me. Why? Because they told me over and over again throughout my life. When we have doubts about friendship or about being loved or cared about, it could be because it isn’t shown enough; it’s not explicit and repeated. The truth is: when we love people, we show it again and again.

If the love of God is the most important idea for us, then we better repeat it. I checked through the Sunday homilies I’ve given so far since I’ve been here. This theme has come up at least twelve times in my count. Even if it doesn’t come up, every homily presumes it. So get used to it and get ready for it! It’s going to be repeated.

If people aren’t convinced that God loves them, then something’s wrong, and we’re going to try to fix it. The whole Bible is a love story. God’s searching for us because He loves us.