What kind of priest do you want? What’s a good priest to you? What makes a good shepherd? Many of us have priests we remember, that stand out for us. We knew them when we were young, at school, perhaps a former pastor. When people tell me about their favourite priests, they often say things like this: “He was very kind, he was no-nonsense, he was human, he brought me closer to God.” I’ve told you that the first priest who inspired me was Fr. Doyle, who was kind, intelligent, wise and funny. 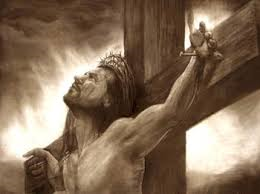 Jesus is the ultimate priest and says the quality is… (drumroll, please): “The good shepherd lays down his life for the sheep.” And He says, “For this reason the Father loves me, because I lay down my life.” Jesus is challenging us, even me, to look at priests differently. Let’s make this more concrete: a good pastor is one who lays down his life for the congregation. Why? Because “no one has greater love than this, to lay down one’s life for one’s friends” (Jn 15:13). When a priest lays down his life, he shows the love of Jesus. 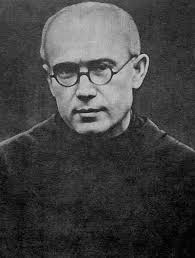 Maximilian Kolbe was a Polish priest who loved God and others with his whole heart. When arrested in 1941 he was sent to Auschwitz and secretly ministered to the people in the prison. One time, when three prisoners escaped, the punishment was that another ten would be killed. As the Nazi guards lined up the prisoners and started selecting random victims, they selected one man, who asked to be spared because he had a family. Right away, Fr. Kolbe stepped in and offered to take his place. They asked him, “Who are you?” His answer: “I’m a Catholic priest.” The ten were forced to starve to death. While in the bunker, they prayed the Rosary, sang, with Fr. Kolbe leading them. After two weeks, all of them had died except Fr. Kolbe, and when this wasn’t fast enough, the Nazis came in and injected him with acid to kill him. He was canonized in 1982. This is a true priest: one who dies for other people. 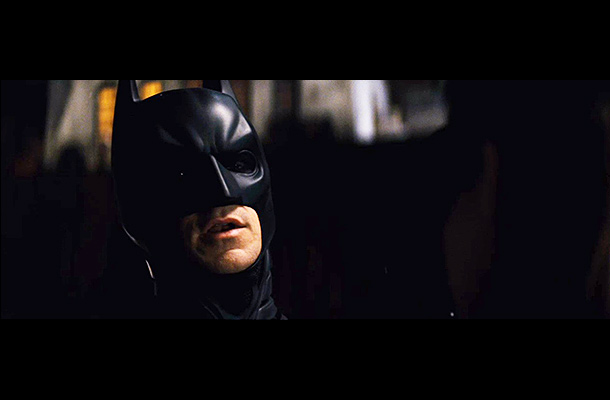 Our culture has been deeply touched by this Christological idea of sacrificing one’s own life for others, and it’s present in so much of our literature. One reason why I love the movie Dark Knight Rises is because it shows Batman giving his life to save the people. They set the theme up so well in the movie: Catwoman says, “Come with me. Save yourself. You don’t owe these people anymore. You’ve given them everything.” Batman responds, “No, not everything, not yet.”

How many priests does St. Anthony’s need? Is one enough? What about Sts. Peter and Paul up the street, St. Paul’s in Richmond? My personal opinion is that a parish needs as many priests as it has Sunday Masses. St. Anthony’s has four Masses for Sunday (one on Saturday night, three on Sunday), so we need four priests. Sts. Peter and Paul has four Masses, so they need four priests. St. Paul’s has six, so they need six. Why? To give adequate care to all the people. There should be one priest for the school, one for adults, more for Confessions, more to teach, more to visit people.

Today is the World Day of Prayer for Vocations, all vocations, but I’m focusing specifically today on priests. St. Anthony’s needs more priests, so does our archdiocese, and so does the Church.

I think we all believe that we have enough priests. Why? Because Mass is being offered, Confessions are being heard, and the parish is going. But the truth is, many people aren’t being taken care of as well as Jesus wants. We priests wish we could do more, but we have to pace ourselves and lay down our lives over time.

Starting today at the parish, we’re not going to use Extraordinary Ministers of Holy Communion during Mass anymore. Garry has done a great job, and I’m thankful for his service, but we need to face the fact that we need more priests. 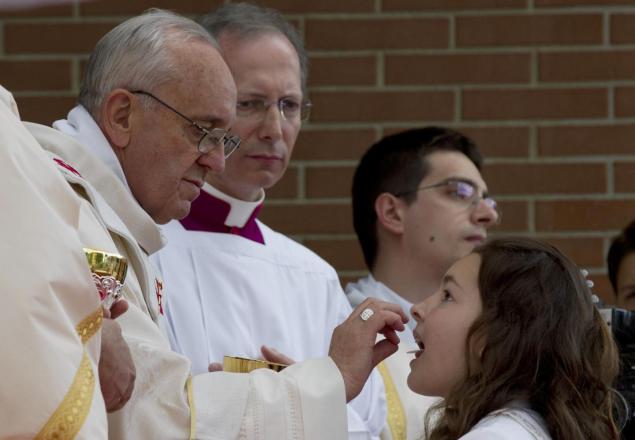 Bishops, priests, and deacons are the only ones supposed to be administering Holy Communion because it represents Christ the bridegroom giving His body, His life, for the bride. It’s only in cases where there’s such a great number of people during Mass and Mass would be unduly long that we ask lay people to help us (Redemptionis Sacramentum, 158). But we’ve gotten so used to having extraordinary ministers that we think it’s normal. We don’t even know their proper name, which is “Extraordinary ministers.” In fact, a few people have asked me to add ministers. But Mass isn’t actually that long and it’s a band-aid solution. It might help Mass go a bit quicker, but everyone would continue under the illusion that we have enough priests. Every time you go to Sts. Peter & Paul’s, Holy Name, St. John the Apostle, Canadian Martyrs, etc. and you see a lay person administering Holy Communion, think to yourself: “They don’t have enough priests.” 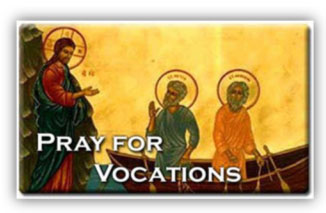 Here’s part of the solution: during Communion time, I want everyone to pray for more priestly vocations. When we think, including me, that Communion is taking a long time, we can use that time to ask God to call more men to the priesthood and that they respond generously. We have the Prayer for Vocations in the hymnal—use that please, right after you sit down. Pray it for our children, because they might not have any priests in the future.

And let’s pray not just for priests, but for good shepherds, men who will lay down their lives for us. When I was reflecting on this, I realized that I too need a good shepherd, because I go to other priests for help, for Confession. I need a priest who will show us Jesus’ love, who give up everything for Him. We don’t need men who go half-way. Many people say they love God but it’s just words.

I need priests who don’t just tell me that God’s worth giving up everything, but they show me! “Show me that God is worth giving up marriage and children! Show me that there’s more to life than our life on earth, that only God can satisfy me. Show me total devotion. Show me that we can leave our family and friends behind to serve people we don’t know. Show me that I can forget about myself and live for other people’s happiness. Remind me that I’m capable of and called to imitate Jesus. When I’m distracted, remind me about what’s truly important.” 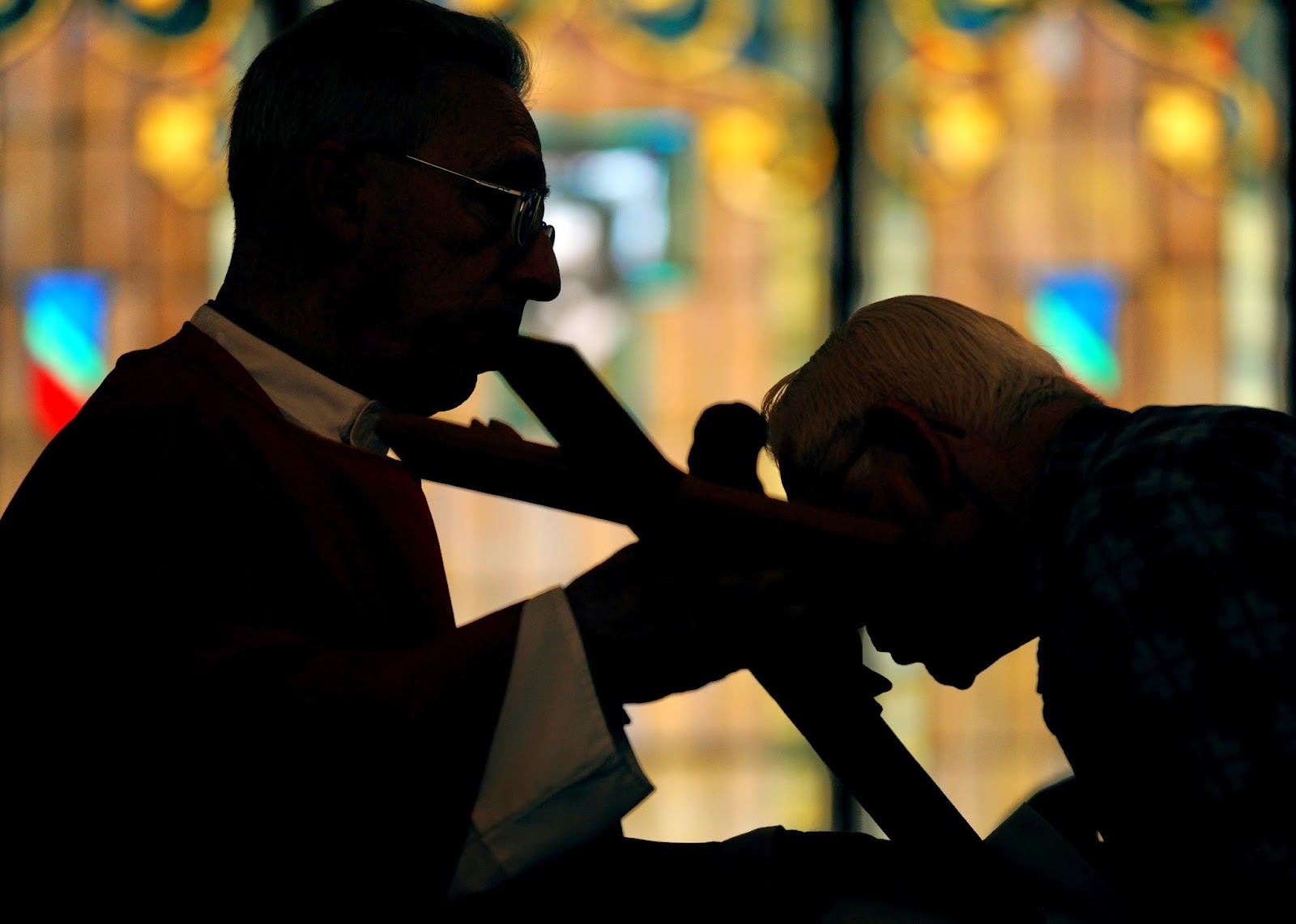 We need priests who are human, intelligent, wise, have a sense of humour, but most of all we need priests like Jesus, who lay down their lives for the sheep.