Everyone knows adultery is wrong.  But Jesus today teaches us something about adultery that may seem surprising.  He says we can commit adultery also in our hearts: “Everyone who looks at a woman with lust has already committed adultery with her in his heart” (Mt 5:28).

Let’s explain this with a story.  In 1995, there was a movie called Mr. Holland’s Opus starring Richard Dreyfuss as Glenn Holland, a new high school music teacher who wants to be a famous composer.  But he finds that his work as a teacher is taking more and more time away from his dream.  Very soon into the movie, he’s shocked to discover that he and his wife are expecting a child, and when they discover their son is deaf, Glenn is saddened that his son will never understand his love for music.

Fast forward some years; Glenn’s in charge of an audition for a musical and becomes very taken with a talented young singer named Rowena.  At one point, she visits him at a diner where he often goes for quiet, because his family life is strained, and, spending all his time at work, he’s lost his original dream.  It turns out she shares his passion for music and dreams.  So, without telling his wife, he starts writing a song called, “Rowena’s Theme.”  After the first night of the musical, she tells him she will leave for New York after the last show and invites him to go with her.

Glenn’s wife, of course, knows something’s up and, when she sees the song he’s written, asks, “Who’s Rowena?”  And he lies.  During the musical, however, she figures out whom her husband is infatuated with and is very hurt.  After the last show, he leaves and goes to meet Rowena at the bus stop.

Now did he commit adultery?  Not physically.  But everyone watching the movie knows something’s wrong.  We know he’s cheating on his wife emotionally, committing a kind of emotional adultery because his heart is focused on Rowena; he finds his joy in her and is always thinking about her rather than his wife.

In Glenn’s case, he wants Rowena, has affection for her and has similar interests (which would make for a good friendship, but here it’s going to far), but he doesn’t truly love her.  He’s desperate and struggling in his marriage, so he’s looking for happiness.  While Rowena gives him affection, which is good in and of itself, she’s needy, because her parents don’t support her dream and Glenn does.  But this isn’t authentic love.  If she really loved him, she would help him focus on his wife and son, and work out the problems.

And just to complete the idea of adultery in the heart, Jesus also talks about looking at someone with lust.  Lust means to use someone sexually as an object.  Pornography, for example, does this: We’re not thinking about these people as persons, but we’re using them for sexual arousal and gratification.

When men look at women and deliberately or willfully think of them as sexual objects or have sexual fantasies, this is a kind of adultery (CCC 2380).  I mean, how would a wife feel, if she and her husband were driving together, and he’s lost in thought while she’s talking.  Then she asks, “Honey, what are you thinking about?”  “Oh, I’m just fantasizing about that waitress at the restaurant.”  How would she feel?  That would hurt.  And if a wife were thinking about some other guy sexually, it’d violate the marriage.

The good news is that Jesus has come to redeem us in our sexuality and relationships.  He wants us to have immense happiness in our marriages and relationships, if we can love authentically.

St. John Paul II said that the opposite of love is not hatred.  What is it?  It’s to use someone.  And another word for love is… to give, to give of ourselves to the people we love.  But what’s the opposite of to give?  To take.  When we’re selfish, we take from other people.  Finally, when we love someone, we sacrifice ourselves for them.  And the opposite of this is?  Lust, because lust sacrifices the other person for ourselves. 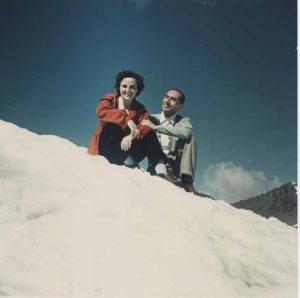 Four weeks ago we were introduced to St. Gianna Beretta Molla and her husband, Pietro.  Do you remember what they asked each other soon after they started dating?  They asked, “How can I make you happy?”  They were focused on giving and sacrificing for the other person.

The concept of the five love languages does the same thing.  When we really love the people in our lives, we think: “How does this person receive love?  Is it words of affirmation?  If so, then I’m going to speak kindly and praise their successes.  If it’s physical touch, then I’m going to give them a beautiful hug (not for my sake, for their theirs).  And so on for gifts, quality time and acts of service.

This way of loving is beautiful and intentional!  We’re searching for ways to show our love, even though it doesn’t come naturally to us—that’s a sacrifice.

With this mindset, sexual love can be a beautiful way spouses express authentic love, but it’s not the only way.  Spending time listening to our spouse, for example, might be exactly what they need, and more demanding for us, which is a greater sacrifice and therefore more loving.  Taking care of the kids, rather than sexual love, might be more loving because that’s what our spouse needs.  Searching for the perfect gift might require more time, thought and effort than sexual love and so may be more sacrificial (Cf. Jason Evert, How to Date Your Soulmate, Track 9, 1:29).

God made sexual desire.  In His original plan (when Adam and Eve were made) it was designed to make us give ourselves to our spouse; sexual desire would lead us to say, “I want to give myself to you.”  But, after Adam and Eve sinned, it got distorted.  We began to experience sexual desire as lust, meaning we want to use and take.  That’s why guys very often are obsessed with sex and may even use women for gratification. 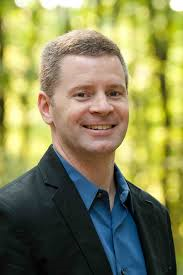 Christopher West gives a funny illustration: When a man looks at a billboard of a woman in lingerie, he doesn’t think, “I want to give myself to you!  How can I make you happy?  I wonder if doing the dishes will make you happy” (God’s Plan for a Joy-filled Marriage, Disc 2).

And women too may use sex as a tool for getting love.  That’s why there’s a saying (which is a generalization and doesn’t apply absolutely to everyone, but still communicates some truth): Men use love to get sex; women use sex to get love.

When we follow this mindset we don’t experience real happiness; it only leads to heartache.  The human person craves for more.  Deep down we want people to love us, know us, take care of us, and share our deepest needs and dreams.  That’s why, when even single or celibate people find authentic relationships and friendships with both men and women, they can be totally happy. 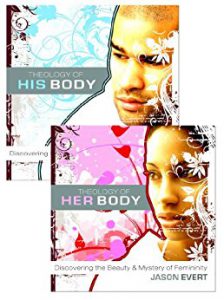 Jason Evert says that a real man, instead of sacrificing his girlfriend or wife for his own pleasure will sacrifice his own distorted desires.  Instead of conquering a woman, he’ll conquer himself first by controlling his desires (Theology of His Body, 14-17).

One of the most well-rounded guys I ever met was at the seminary.  This guy was smart, athletic, musically gifted, and had a charming personality.  He said two things to me that I’ll never forget: 1) He mentioned how his former girlfriend may have once dressed provocatively or something along those lines, and he said to her, “I don’t want to think about you like that.”  His comment struck me because I had never heard a guy say something like that; I knew what guys talked about when they talk about girls.  2) Being at the seminary was so good for him, because it gave him time to get so many crazy ideas out of his head (e.g. looking at women as objects).

If this is what men can sacrifice for women, how can women sacrifice themselves for men?  Evert writes to women, “You are an image of heaven on earth.  If you keep this in mind, how will it impact the way you look at yourself and the way you invite men to look at you?  If you appreciate your own beauty and you understand how God sees you, you’ll want me to look at you in the same way” (Theology of Her Body, 39).  In this way, women can sacrifice their need for a quick dose of attention and call men to live up to their high standards by insisting that men treat them with greater respect.

We are all wounded in this area.  So it’s important to know that redemption is possible.  God loves us so much.  Nothing is lost that can’t be healed.  How?  Jason Evert’s wife, Crystalina, who lived a very wild life and felt great shame and guilt, says we should go to Confession and adoration.  After a wild party one time, she went to the chapel and realized, “God did not just want me when I was perfect, He wanted me in my ugliness… in my mess, because He is the only one who could truly get me out of it…  God accepts you…  You just have to go to Him” (Jason & Crystalina Evert, Love or Lust, Track 10, 3:38).

In Mr. Holland’s Opus Glenn makes the big mistake of giving his heart to Rowena.  But when he goes to the bus stop late that night, something unexpected happens.  He sits down next to her, gives her a note and says to her, “That’s the name of a guy I used to play in a band with.  I’ve already called him.  He and his wife are expecting you” (because he’s decided not go with her).  She says, “This isn’t the way I imagined it.”  And he replies, “But it’s the best way.”

The next scene is even better.  He returns home, walks into his bedroom while Iris is sleeping, and sits down at her bedside and says, “I love you.”  She turns to him, smiles, and says, “I know,” and then they kiss.  So many things are compressed into this short scene with five words of dialogue: We see him make the right choice, giving up a great temptation because he has a deeper love, and that one “I love you” carries great weight because it’s a conscious decision from his heart and mind.  And Iris shows she’s made an act of faith and has already forgiven Glenn by smiling and saying, “I know.”  This scene is the beginning of his healing with his son, and he makes efforts to reach out to his son.

This is authentic love, not using; giving rather than taking; and sacrificing, not lusting.