Two preliminary questions before we get to the heart of the homily: 1) Have we ever had an experience of God’s presence, when we felt His love and care?  2) Have we ever seen a miracle in our life?  It doesn’t have to be big like a miraculous healing, but something that convinced us of God’s power.  We’ll come back to these two points.

A number of people over the years have said to me, “Father, I think I’m losing my faith.”  Some of us here, perhaps the person next to us, might be feeling this way right now, while others may be in this position in the future.

However strong our faith is right now, God wants to strengthen it because He loves us so much.  The reason Jesus was transfigured in front of the apostles and showed them His glory and divinity, as we heard in the Gospel, was to prepare them for His upcoming passion, when He would be tortured and crucified.  The transfiguration was meant to strengthen their faith when it would be tested (CCC 568).

Now there are two main times when our faith is tested: 1) when we’re overwhelmed with things in our life (e.g. we’re sick, someone we love is suffering, we’ve lost our job, our relationships aren’t going well, etc.); 2) when we get disappointed with something in the Church (e.g. some Catholic is mean or rude to us, a priest lets us down, or some scandal erupts).

It’s important to know that these times are often emotional experiences.  When we’re tempted to give up on our faith or leave the Church, it’s not because of rational arguments or because it’s the right thing to do, but because we’re emotionally overwhelmed or angry.

Remember: The devil wants to draw us away from Jesus, the Eucharist and the Church, but God wants to do the exact opposite.  Here are four truths to help us: 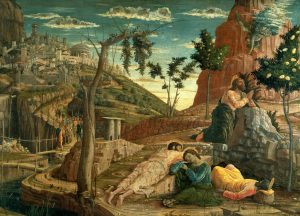 1) God strengthens our faith as much as we need it.  Those who are tempted are offered greater help!  Why did Jesus choose only Sts. Peter, James and John and show them His divinity on the mountain, and not to the rest of the apostles?  Because they would be tempted more than the rest: They would be the only ones to see Him at His most human and weakest point, when He would be in the garden of Gethsemane asking His Father to let the cup pass Him by, and when He would be sweating blood because His human nature was so afraid.

Here’s the deal: God never allows us to be tempted beyond our strength.  So whenever we’re tempted, He’ll give enough grace to resist, and more if we need it.

The reason I asked if we’ve ever experienced God’s presence or a miracle is because God gives us those moments to strengthen us for the trials ahead.  My mother once had a Rosary made of string and plastic beads that was broken, and so she put it in an envelope and wrote on it, “Rosary in need of repair,” and put it deep into her drawer.  When she pulled it out again, it was fixed, not simply tied back together but the string was as if new.  Now there’s no way to prove it was a miracle because we don’t have enough evidence.  But when she told Fr. Peter Chiang about this, he said, “You’ve been granted a favour,” and that she was not to talk about it with anyone unless it was to strengthen their faith.  When I asked her about what it meant, she believed that it was a sign God could heal anything.

So, when we’re tempted, let’s think back to a time when our faith was strong, when we experienced God’s presence.  He’s still here right now, we just can’t feel Him.  And this is part of what faith is, staying strong when we can’t feel Him.

2) Faith involves realistic expectations.  Sometimes when we’re stressed out, we may feel God has abandoned us because He never would have allowed all these things to happen.  But, if I could gently point out, that’s an unrealistic expectation.  Jesus never promised us that life would be easy, that everything would go well or that there’d be no suffering.  Suffering comes to all people, including Christians.  He didn’t promise us an easy life, but a blessed one.

Many of us, for instance, have our faith tested when we have financial difficulties, because we expect God will give us financial security.  But St. Thomas Aquinas says that people who are financially poor are often the ones who are blessed, because they’re more open to spiritual realities, while having riches is like a punishment, because people who are well off are distracted from true happiness.

Someone once wrote me: “My reflections the past few weeks involve why I love God, or why I trust in Him.  I discovered a trap which I should beware of: ‘I trust God so as to have a good life, a life free from troubles.’  It was a lightbulb moment for me because, if I love and serve God to have a good life, then I am off-track.”

If ever we feel resentment towards God, it’s probably a sign that we haven’t yet accepted this reality.  Hopefully, we can now accept it.

3) Faith must be well-founded.  We all come to God for different reasons (because we were raised Catholic, our friends are Catholic, we like the beauty of the church, etc.).  These are good reasons but God wants our faith to go deeper. 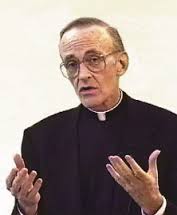 Msgr. William Smith, one of my teachers in New York, said the two most important subjects we study in the seminary are Christology and ecclesiology (study of Christ and the study of the Church).  If we get these two things right, everything else will fall into place.  If we understand that Jesus is God, that He’s all good, all loving and all wise, and that He founded the Catholic Church, and that she’s protected from teaching error, then our faith will be founded on rock.  (We’ve talked about this before or you can read Rediscover Jesus, chapters 4-6.) 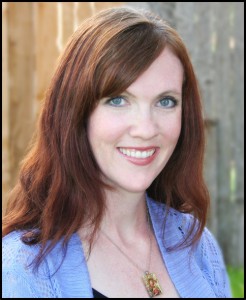 We need to get to this point in our understanding of the faith.  Jennifer Fulwiler, an atheist who became Catholic by asking all the hard questions, says this, “When I talk to folks who have begun to embrace viewpoints that are contrary to Catholic teaching… I often find that they have not spent much time listening to the Church’s counter-arguments.  I see this most often among people who were raised Catholic.  There’s a feeling of, ‘If there were a good response to this I surely would have heard it in Catholic school or in a homily at some point, and since I haven’t, there must not be a good answer.’”  But that’s not true.  The Church’s teaching is so vast that no one can hear all the reasons in Catholic school or homilies.

Faith is not blind, it’s about truth.  God gave us a brain to understand and so He expects us to search for answers.  The answers are available, we just need to look for them.

4) Faith is a choice, not a feeling.  God may feel far away, but that doesn’t change the reality that He’s there.  When we’re tempted, we still have a choice to stay; nothing can take faith away.  When people leave the faith, it always involves a choice to leave.

Last year, we heard the story of Janet Moylan, who watched her 10-year old daughter, Jenni, get pulled out into the ocean by a tidal wave, and then watched her husband, Tim, go in to rescue her, but then both drowned.  Add to this, just before their deaths, she was diagnosed with bladder cancer.  But you know what her story is called?  “I Choose God.”

Now how did she get to this point in her faith?  She realized that before these trials, God had been strengthening her faith and she had cooperated.  One time, when she was hospitalized with pneumonia, she began to rely more on prayer, the Rosary, reading the Bible, and she was blessed with a great desire to read spiritual books, secular novels having lost their appeal.  When Eucharistic adoration started up in her parish, she signed up for an hour a week. 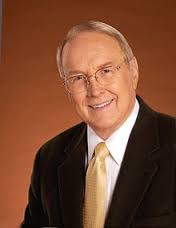 Later on, she could thus write: “Several months after Tim and Jenni died, I heard Dr. James Dobson on the radio talking about how people deal with tragedy in their lives.  Dr. Dobson pointed out that you either choose God or despair.  I thought emphatically that I had chosen God and that I would continue to do so.  I was crushed, full of sorrow, but I would not despair.  God was my rock, and I was holding on to Him for dear life.  I had faith and trust that God would help me, and He did.  And He still does” (Jeff Cavins & Matthew Pinto, Amazing Grace for Those Who Suffer, 28).

It’s not meant to be easy.  I’ve been there.  I remember, when I was 16, after my conversion, being very disappointed with what was going on in my parish. But I also remember what I had been taught: If I love God in the good times, then I must love Him in the bad.

Last question: Would life get better if we were to leave?  If we take Jesus out of the picture, to whom do we turn?

Let’s do rather what Janet did: do things that require faith.  The more we use our faith, through prayer, the more it increases.  When we don’t use it, it diminishes.  Let’s go to Reconciliation, because sin obviously distances us from God, so Reconciliation brings us back.  When tempted, let’s make a very personal decision, “Jesus, I’ll never leave.  I trust in You.”  Let’s also pray to our mother Mary.  I believe that if we stay close to her we’ll never fall away, because she’s the model of faith and knows what it’s like to be tested.  I’ve never seen anyone with a strong devotion to her that’s fallen away.  At the end of this calendar year, I’m going to invite everyone to consecrate themselves to Mary.

I’m praying for everyone today, especially for those of us who are tempted.

God is always close to us.  The four things that He’s reminded us of today:  1) that He strengthens us as much as we need it; 2) that we should have realistic expectations; 3) that our faith should be deeper; and 4) that faith is a choice;  are all signs of how much He loves us. 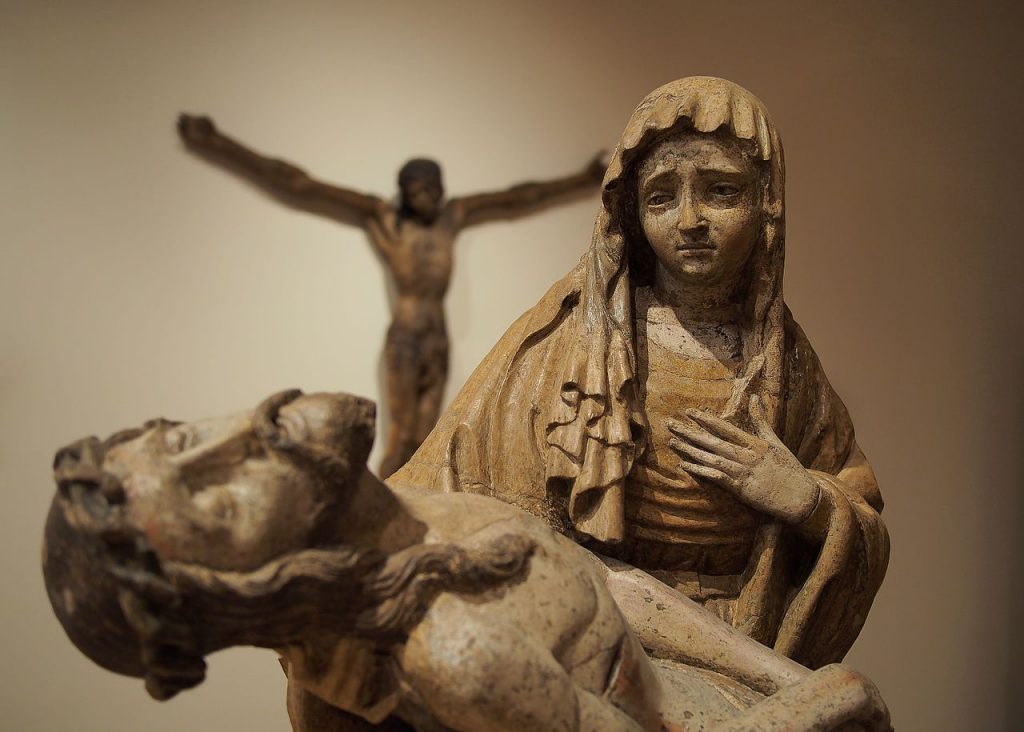