One thing we try to do here at our parish is to have every homily build on previous ones.  So, for example, the reason we can talk more about suffering is because we did a whole series on it; the reason why we can dig deeper into Confession is because we’ve already dealt with it on a number of occasions. 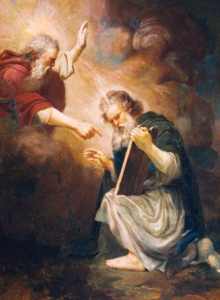 But one area where we need to lay a stronger foundation is with God’s commandments.  Every moral topic that we’ve talked about has always been done in a positive way, showing how God’s teaching is reasonable and life-giving.

I feel, however, that I’ve made a mistake in that I haven’t addressed enough of the difficulties we may have with God’s commandments and laws.  In our general Catholic culture, there’s still a mistrust of God’s laws, as if He’s imposing them on us, and that they’re a burden.

But the last part of the Gospel today, about Jesus’ circumcision (Lk 2:21), points to Jesus’ own submission to God’s law (CCC 527).  The second reading also says that Jesus was “born under the law” (Gal 4:4).  So, we ask the question: Why did Jesus, God Himself, submit to this ritual law?  The first act after His birth into this world is an act of obedience to Jewish law.

To answer this question, let’s ask another question: Did Jesus, when He was an adult, get rid of the law?  The answer is: Parts of it, which is why we don’t follow the Jewish ritual and dietary laws.  But the commandments remain.  (In my first year of seminary, I actually thought that we don’t follow the Ten Commandments, because I thought the New Testament superseded them.)

Jesus states in one of the most important lines of the Gospels for modern-day Christians, “Do not think that I have come to abolish the law…  I have come not to abolish but to fulfill…  Therefore, whoever breaks one of the least of these commandments and teaches others to do so will be called least in the kingdom of heaven.  But whoever obeys and teaches these commandments will be called greatest in the kingdom of heaven” (Mt 5:17,19, NAB).  So, the reason why Jesus came to fulfill the law and why He submitted to it is because the law is good.

Now, if we ever have any difficulties with God’s law, we should keep in mind three points:

1) The law is given by a father for his children.  The best way to explain this is by going to a story in Genesis.  God the Father gives Adam the command, “You may freely eat of every tree of the garden; but of the tree of the knowledge of good and evil you shall not eat, for in the day that you eat of it you shall die” (2:16-17).  Now, when we listen to that command, how do we hear God’s voice?  Is it thundering and intimidating, as if He’s preventing us from doing something good?  Is it the voice of someone who’s against us?  Many Catholics, after encountering Jesus personally and getting to know Him better, hear a voice full of love, tenderness, and fatherly strength; we hear concern because He doesn’t want us to get hurt.

Here’s a clip from The Passion of the Christ showing Jesus commanding us to love our enemies and to pray for them.  In my opinion, the film got the tone correctly.  This is not someone who’s against.  This is someone who’s on our side, who’s eminently reasonable.

When God the Father gives the command not to eat from the tree of the knowledge of good and evil, it’s for our good!  Some theologians believe this tree represents man trying to determine what’s good and evil, which is something we can’t do.  It’s not up to us to determine what’s moral and immoral; our job is to recognize what’s good and evil.  We’re not God (CCC 396), and if we try to manipulate morality to fit our lifestyle, we’ll ruin everything.  A lot of people today say, “It may be wrong for you but not for me.  Right and wrong are our own decision.”  That’s why the abortion argument has been pushed to the extreme, where, in Canada, we can have an abortion up to nine months of pregnancy!  Even pro-choice people know they’re in hot water on this issue.  But this is what we do to each other when we try to sit in the seat which dictates what’s right and wrong.  God the Father gave us this law so that we would flourish.  He’s not our rival; He’s on our side. 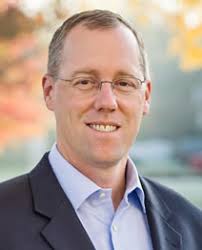 2) Dr. Tim Gray points out that, when God rescued the Jewish people from Egypt, He didn’t start by giving them the Ten Commandments, even though they needed them.  Rather, He first developed a relationship with them, saved his people over and over again, and once they were ready to make the relationship with God permanent, then He made a covenant with them, and only then did He give them the Commandments (CCC 2060, 2062, 1971).

This is why we always start with evangelization before catechesis.  Evangelization means hearing the essential message of Christianity, that we’re created by God out of love, that we’ve distanced ourselves from Him, and that He comes to rescue us and bring us back into His family.  This message has to be heard first before we get to the Ten Commandments or other Church teachings.

One thing that people in the Church are realizing is this famous saying: “People don’t care about how much you know until they know how much you care.”  This is a good reminder for me and for us parents.  It doesn’t mean we never talk about morality, because that would be unloving, but it reminds us that, whenever we talk to our people or children about what’s right and wrong, it must be situated in the context of our relationship of love.

3) Christopher West asks why no one ever complains about the 5th commandment, which is?  “Thou shalt not kill.”  Why?  Because few break it.  But why do many complain about the 6th, “Thou shalt not commit adultery”?  You see, when we live far away from God, we experience God’s law as a burden, something imposed on us that prevents us from being happy.  But when we’re close to God and following His teaching, we see the law as something natural, something that we want to fulfill.

In the book of Jeremiah, God says that, in the future, He’s going to write the law upon our hearts (31:31-34), as opposed to being written on stone.  In other words, it’s going to be something interior rather than externally imposed.  And once that happens, no one will have to tell me not to commit adultery, because it will come straight from my heart.  In a certain sense, I won’t need the law anymore because it’s already on my heart; my desires will only be to want what God wants.  But until we get to that point, we need His law to guide and teach us. 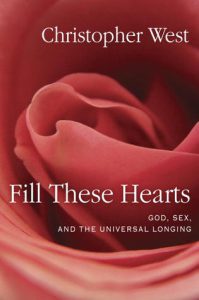 If we ever resent God’s or the Church law, is it a problem with God, or could it be a hardness of heart, as Jesus talks about, or our own disordered desires? (Christopher West, Fill These Hearts: God, Sex, and the Universal Longing, 139-141).

Today we celebrate Mary’s motherhood, and we’re reminded that she kept the law perfectly.  She didn’t have to keep the ritual laws of purity.  She was already perfectly pure.  But she freely chose to, because the law is good.  It says today, “Mary treasured all these words and pondered them in her heart” (Lk 2:20).  That’s the attitude we want to have: pondering God as our Father and seeing His law as an act of love.  We all need an opening of the heart to accept Jesus and His teaching.

From now on, we’re going to build on these principles.  When we get to the teachings on euthanasia, embryonic stem cell research, politics, etc., then we’re going to remember these three beautiful truths: 1) God is our Father and only commands what’s for our good; 2) He loves us first and then gives commands; and 3) His laws should move from the outside to the heart.