Do you know who Canada’s leading intellectual is?  His new book is the most widely read book in the world by a Canadian author; some have said that he’s the most sought-after speaker in the whole world right now.  He’s Jordan Peterson, psychologist and professor, famous for standing up against government compelled speech of gender neutral pronouns. 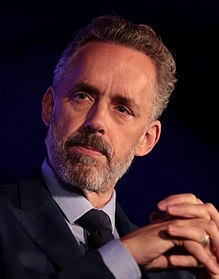 Why is he so popular?  Because he’s struck a chord in people, especially men.  He’s said that 90% of the hundreds of thousands of people who watch him on YouTube are men.  Men, apparently, are drawn to him because he talks more about responsibilities than rights.

Our culture almost always spoon feeds us a diet of ideas that make us feel good, but don’t make us good.  We talk, for example, about being nice but never about being virtuous and growing up!  If our lives are bad, it’s someone else’s fault.  We expect our government to solve all our country’s problems.

While much of the latter can be constructive, it’s imbalanced.  There is a part of human nature that craves to be better.  Churches that challenge people, for example Evangelical churches, are growing, while churches that just go along with society’s morality, such as the Anglican, United and Lutheran churches, unfortunately are dying.  Have you realized that Catholic parishes that challenge people grow, while those who don’t die?

There’s a fascinating line of Jesus in today’s Gospel: “For this reason the Father loves me, because I lay down my life in order that I may take it up again” (Jn 10:17).  Look at that more closely: The Father loves Jesus because Jesus dies for us.  Question: Doesn’t God the Father love Jesus already?  Does Jesus have to earn the Father’s love?

St. Cyril of Alexandria, in the 400s, asked these questions and said that, yes, Jesus is already loved by the Father because of Who He is, but He is “also beloved by God… because of his love toward us…  This gladdens the heart of God… since he can see the image of his own nature clearly… shining forth through Christ’s love for us” (Ancient Christian Commentary on Scripture, John 1-10, 351).  The Father also loves Jesus because Jesus imitates the Father.  The truth is: We love things when we see goodness in them.  We love our kids first of all because they’re our kids, and nothing can ever change that.  However, aren’t we also happy when we see them mature, work hard, tell the truth, be courageous, etc.?

We are loved by God the Father, but He’s also pleased when 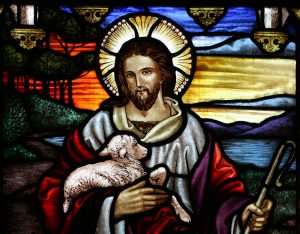 One time, when I was 17, right after I got my driver’s license, I had to go to UBC late at night to pick up my brothers from class.  When we were driving back, they both fell asleep, and I realized that I had to drive even more safely to protect my brothers.  I had to take responsibility for them, and I loved that.  I also became a better person, more Christ-like.

Today at the 10 a.m. and 12 p.m. Masses, we have the baptisms of the first-born children of two families.  What’s beautiful when couples have children is that they immediately become better people: more responsible, generous, and loving, because they have to take care of a completely helpless person.

However, it’s not just for parenthood.  We become more like Christ every time we truly take responsibility for other people, whether it’s as single or married people, in our families, or at work.

One parent told me, “When I see my children sacrificing for the good of their siblings, these are the moments where my admiration for them is the highest.  Talents and abilities don’t count as much as their willingness to love and sacrifice.”

Today is the start of Project Advance, when we take  responsibility for other Catholics in the whole Archdiocese and for the future of our parish community.  This year’s video shows how we’ve benefited from the sacrifices of previous generations.

We have a responsibility to raise $36,000 in Project Advance that then goes to the Archdiocese.  Any money raised afterwards will go to our parish centre project.

For the parish centre project, which is necessary for our spiritual growth as disciples, I’d also like to tell you that I will be giving $58,000.  I tell you only because I’m trying to lead by example.  Jesus tells us that “the good shepherd lays down his life for the sheep,” and that’s who a priest is supposed to imitate. That’s half of all my savings, including my retirement savings, which I’ve built up over the past 12 years. 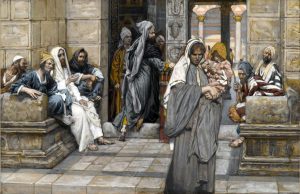 This is the rationale: Jesus gave everything for us and didn’t count the cost.  He told us that the poor widow put in two coins, which is all she had to live on (Lk 21:1-4).

Some parishioners here who moved from another parish told me that, when their old parish was fundraising, they gave more than they ever thought they would, and that got me thinking: I should do the same.  I was also inspired by Angela Cheung’s donation of $55,000, half of the money she made on selling her house, even though she’s going to be moving away next year and will reap no personal benefit from it.

By the way, unlike religious priests, diocesan priests do get a salary, which is supposed to take care of our needs and retirement.  In addition, our salary enables us to help other people in need, which I do, and help support good endeavours such as this one.

God will not be outdone in generosity.  If we give Him everything, do we think He’s going to give us less?  That’s absurd.  He always wants to give us more, but we can only receive when we let go of what we have.  By God’s grace, in the next 12 years, I’ll be able to rebuild my retirement savings, otherwise, get ready, because I’ll be moving in with some of you!

God is asking all of us to give until it hurts, to give more than we ever thought we would.  Will you please join me in doing this?

Finally, today is the World Day of Prayer for Vocations, when we pray that more people answer God’s call to give up their lives as priests, deacons, and sisters.  One of the greatest joys of being a priest and sister is that we can sacrifice everything and live entirely for God and others!  A Catholic philosopher said: “A married man cannot give away all his money to the poor without making his own family destitute.  A priest can.  The married man cannot move to Africa to serve orphans whose parents have died of AIDS without putting his family in jeopardy.  A priest can” (Christopher Kaczor, The Seven Big Myths about the Catholic Church, 157).  Of course, we’re all called to be saints, and lay people lay down their lives in their own way, with their families and in the world, but priests and sisters do so in a special way.

God is calling many single people in this church to that life.  I’m lovingly encouraging you to open your hearts and minds to answer that call.

Our deepest desire is not to have an easy life, but a meaningful one; not to live for ourselves but to take responsibility for others; not to stay who we are, but to become like Christ, who laid down His life for His sheep.