Merry Christmas! It’s great to see everyone. Thanks for coming!

I love tennis, and I’ve had the great privilege of having a few lessons with Pat Macken, the Director of Tennis at the Arbutus Club here in Vancouver. Besides once being ranked in the top 3 in Open Tennis for Canada, Pat’s a devout Catholic, writes for the B.C. Catholic on faith and sports, and is a virtuous man. He’s so nice that when I called him last night, he said, “Fr. Justin! I was just talking to someone about you and told them how good a player you were.” And I was like, “Yeah right!”

In the few lessons I’ve had with Pat, he’s taught me so much. If you love sports, you’ll love this! If you don’t, you’ll still appreciate it.

For example, whenever you make a mistake, ask yourself: was that a technical or tactical error? Did you lose a point because you didn’t hit a good shot or because you didn’t have a good strategy? Pat once coached a woman, telling her the only way to beat this opponent was for her to go to the net. On the first point of the match, the woman did this, but lost the point. Why? Her strategy was fine, but she just made a mistake. Watching her, Pat thought, “I hope she doesn’t change her strategy because she lost the point.” She did, and got killed.

Another one: did you know the average rally in singles tennis is four strokes? That means that your serve is 25% of your game. But most players don’t practice it enough. We may spend only 5% of our time practicing it. Knowing this fact changed the way I practiced.

Last one: one time, I brought my friend Richard with me and Pat told him that his serve was in the top 5 percentile of serves, but all he had to do was hold the ball differently. Rich looked at me and said, “For 15 years…” I asked him, “What?” He said, “I’ve been doing this wrong for 15 years.” And no one ever pointed out to him that just changing the way he held the ball would improve his serve. 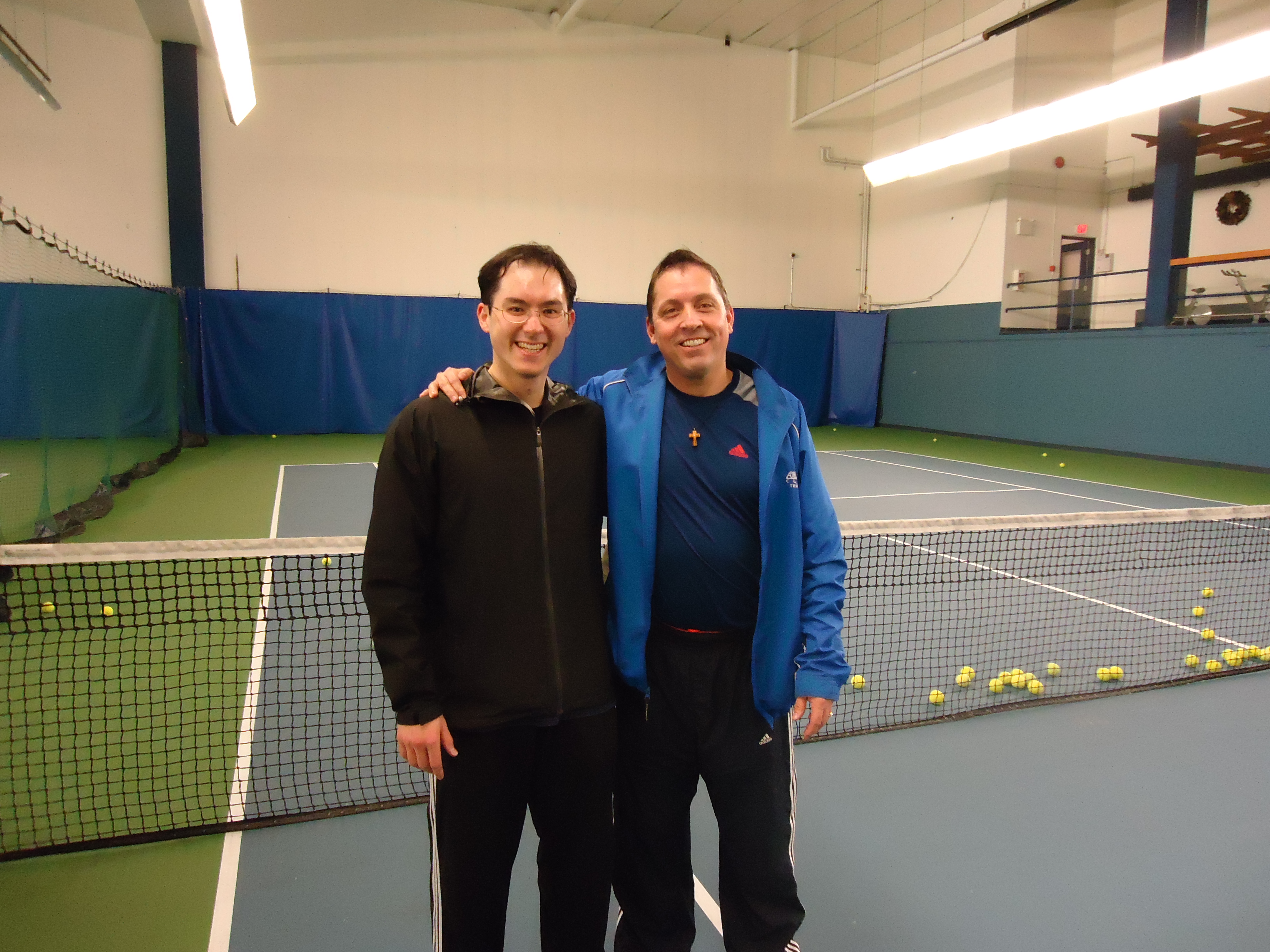 I had the opportunity to play with Pat during the Christmas break. I schooled him.

These tips are examples of tennis wisdom. They make a huge difference in improving your game, and can be the difference between winning and losing.

Today, we hear in the first reading, “The people who walked in darkness have seen a great light; those who lived in a land of deep darkness—on them light has shone” (Is 9:1). While praying over this, I was struck how Jesus gives us the light of His wisdom. 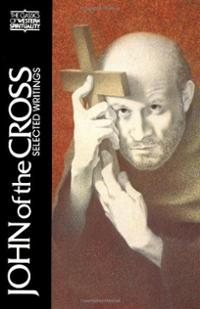 I get hurt all the time by people I love and let down by my friends, and I’ve been betrayed. But somehow I learned this wisdom early on in my journey with God. Even when disappointed with my friends in high school, I remember that I had to respond with love, and that helped me. After high school, I remember one time, while at a party, my closest friends were talking about some get-together and purposely kept me in the dark about it. I got so mad that I walked out. In his goodness, one of my friends phoned me. I called him on it, and, even though he apologized, I could have ended the friendship right there (a part of me really wanted to do that), but I realized that the right thing to do was to put love into it. And so I found love, and the friendship has lasted until now, and it’s a great friendship.

On a purely human level, it’s like when we’re having a bad day. Once something goes wrong, we get annoyed and impatient, and everything seems to go wrong that day. We see no love because ‘nothing’s going right,’ and so we find no love. We expect everyone to treat us badly, and that’s what experience. It’s like when we keep on telling ourselves that no one loves us, we carry around a negative aura and we fulfill our own prophecy.

When I was in Taiwan, while hiking with Msgr. Paul Russell, the pope’s representative there, I told him about a friend of mine who didn’t feel loved. Monsignor suggested that one of the best things for my friend to do was to start treating other people more kindly, because if he gives love, people will respond in love; they reciprocate. For example, when we smile, people smile back, right? 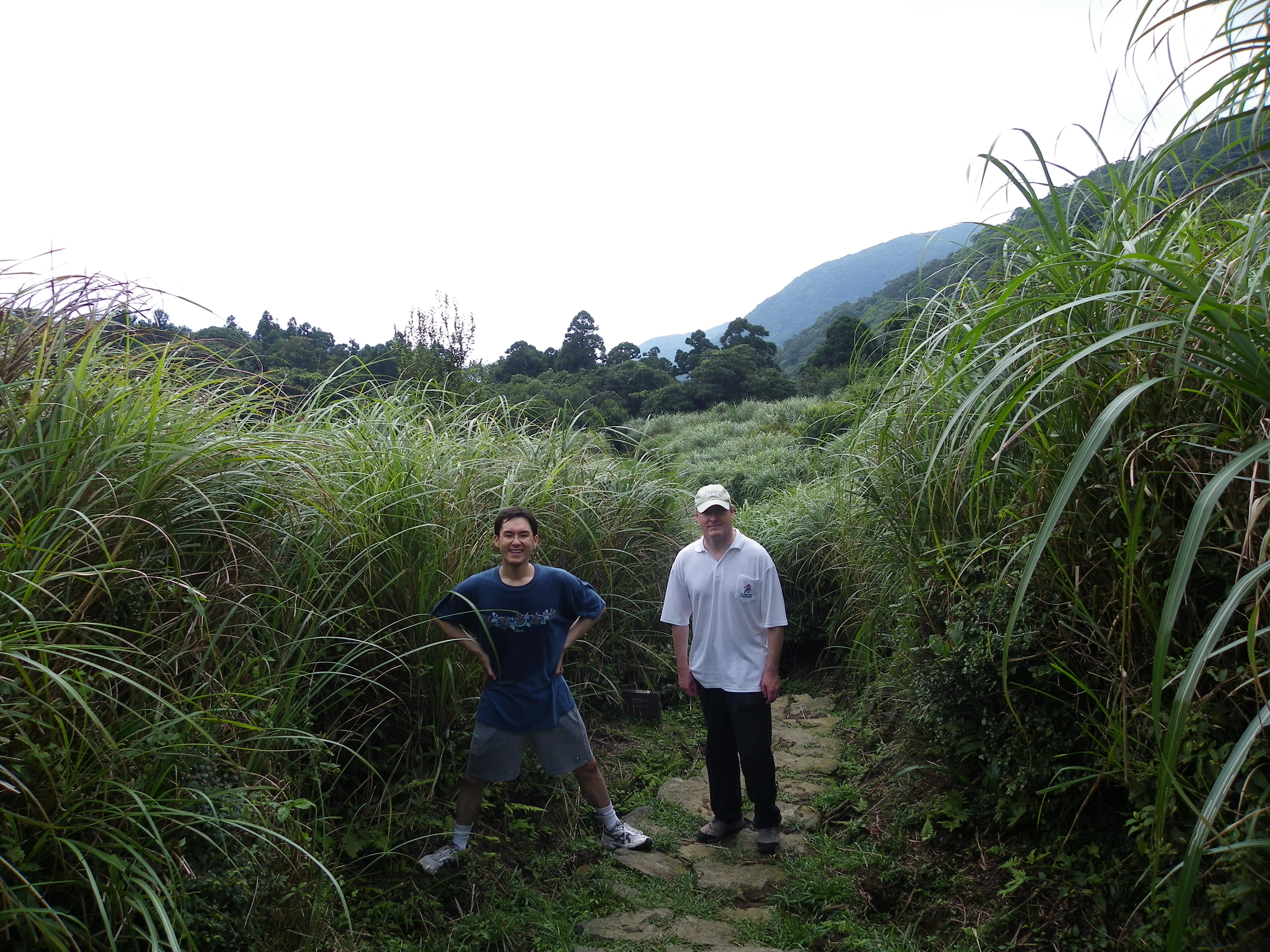 God found no love among human beings. He’s always been betrayed. He made covenants of love with mankind again and again and we always broke them. If you think about it, we all hurt God and betray Him; we always put God on the back burner, He gets the last bits of our time, energy and attention. And despite this, He puts love into humanity by sending His Son to be one of us, so that there would be one person of the human race, Jesus, who would love Him back perfectly.

The choice to love is sometimes very subtle and maybe no one will know about it except us. And it’s so important in our families where we live together and constantly hurt each other in little ways. In my family, it happened a lot that at a big family get-together on occasions like Christmas, someone would say something bad, hurt someone else and then there’d be this big fight. Ever happen in your family?

There’s this great story about St. Therese when she was 14 years old on Christmas day. There was a custom in their family: the children would gather around the fireplace, after midnight Mass, and they’d draw gifts from the shoes, and Therese loved this ritual, and loved her father’s participation in it. This time, however, while going up the stairs, she overheard her father say, “Well, fortunately, this is the last time.” Normally that would have broken her heart and she would have cried, but something different happened: she came down the stairs and chose to respond with love. No one knew she was hurt, no one knew about her choice, but it was a significant moment in her spiritual journey, when she made that leap to love. 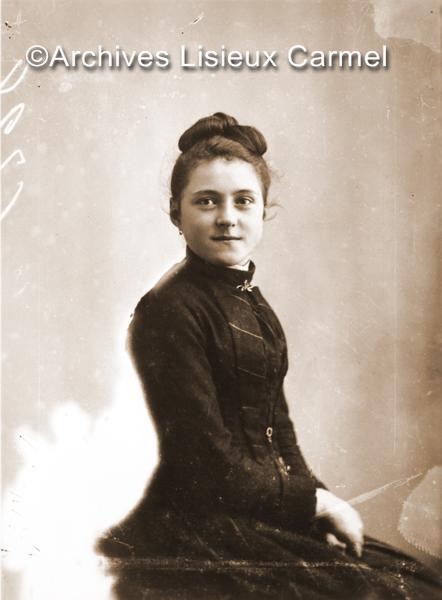 Let’s finish off with some practical tips:

This one wise idea has saved a lot of my relationships and it’s turned bad days into great days. Where you find no love, put love, and you will draw out love.