Larry was in RCIA, on the road to becoming Catholic.  Everything was going very well for him, but there was one thing that made him hesitate:  Would he have to give up fishing and skiing if he became Catholic?  This might seem trivial to us; he loved these activities.  Yet he realized they weren’t the most important things in the world, so God might ask him to give it up.

So what’s the answer: Does Larry have to give up fishing and skiing to become Catholic?  The answer is “No, but…”  (Don’t you hate when I do that?)  This is an important topic for us because the answer is based on three principles that will determine many decisions in our lives: Can we drink alcohol?  What kind of sexual activity is good?  What movies should we watch as Catholics?  What kind of jokes should we tell or listen to? 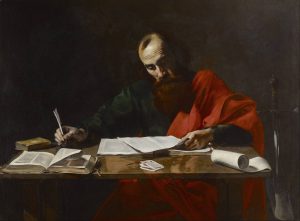 Alcohol, for example, is good, but the abuse of it is bad.  As soon as it starts affecting our ability to reason and love, then it’s bad, and we should stop drinking.  What kind of sexual activity is good?  The love between husband and wife that is totally self-giving and open to life is beautiful and sacred, and should bring a couple closer to God—that’s good!  But non-marital sex (e.g. closed to life, outside of the bond of marriage), is actually selfish, so no one should do that.

What kind of movies we should watch is a bit more complicated, because it depends on a number of things.  We can’t get into all of it today but here are some principles:  1) What is the movie trying to communicate: Something morally good or bad?  2) How many moral problems are there with the movie? (E.g. If it is going to give me crazy ideas that might lead me to sin, then I shouldn’t watch it.)  3) Our own moral maturity (E.g. There are some movies children should not watch because while they’re young, morality is being formed and they’re not ready for complicated moral themes (Dr. Ray Guarendi, Good Discipline, Good Teens).

As for jokes, jokes are wonderful, but swear words are offensive and they actually show disrespect for people.  That’s why people don’t swear in front of Pope Francis, because it’s a sign of respect.  Sexual jokes also take something that’s sacred and profane it, making it something trivial, making us think about it in a way that’s all about using and objectifying people, mostly women.

So the first principle is: If it’s truly good, do it.  But, if it’s not good, don’t do it.  There are two other principles.  The second is this:  Don’t be naïve.  Don’t be naïve about how much good there is in something.  Yes, there is much goodness in the world, but don’t forget that there’s a lot of evil. 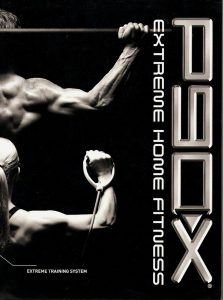 How many know what P90X is?  It’s a home fitness program, where you watch videos on TV and imitate the exercises.  There’s a lot of good in these videos, so much so that I do them.  There’s discipline, health, excellence; they push you to your limit, and you can learn a lot.  But I’m not naïve.  There’s also a lot of bad things in P90X.  There’s a ton of vanity:  Many people in these videos have had plastic surgery done.  Why?  Because they’re excessively focused on their appearance.  There’s also a lot of immodesty and superficiality.  I use these programs because they have much goodness in them.  But I’m not naïve; I don’t uncritically absorb the bad.  I’m aware of the bad and consciously reject it.  I find the vanity sad, because it gives unrealistic expectations of what we’re supposed to look like.  I find the immodesty repulsive, and the superficiality annoying.  And I’ve actually prayed:  “Lord, help me not fall into this vanity.”  With God’s grace, I’m usually aware of what will tempt me.  So if I knew this would tempt me, I wouldn’t do it.  When I’ve worked out with other guys, and use these videos, I’ve even asked the guys, because they’re Catholic, “Do you find these videos to be a temptation for you?  Because if they are, we can find something else.”

There’s a wildly popular video by Simon Sinek, author, speaker, and marketing consultant, where he exposes the huge problems with phones and media.  We’re going to show a short clip of this video, because he exposes in 4 minutes these problems in a persuasive, compelling way.  Note also that he’s not religious; he’s a secular guy who just sees these truths.  By showing him, no one is going to say, “Oh, that’s just Fr. Justin.  He’s just a priest and doesn’t get it.”

Of course, you know I don’t like to show secular videos during Mass because I don’t think it’s entirely appropriate.  But I’m making an exception today because, and you might not realize this, we have such huge problems right now with cell phones and social media, especially with the millennial generation.  What really inspired me to show the video was what St. John Paul II said, “God has entrusted parents with the grave responsibility of helping their children ‘to seek the truth from their earliest years and to live in conformity with the truth, to seek the good and promote it.’  It is therefore their duty to lead their children to appreciate ‘whatever is true… honourable… just… pure… lovely… gracious’.”  When you watch this video, listen to his argument, listen to the facts.  Also, watch the people in the video, look at the faces of the host and the people in the studio audience.  They’re in awe of what Simon Sinek is saying because basically he’s describing their lives.

This is why I asked the Youth Choir, when they’re having dinner after Mass every Saturday night, to put away all phones and devices.  Because I want them to love each other, enjoy each other’s company, and learn social skills, like how to have a conversation!  We have to learn, when we don’t know what to talk about, to not just go to our phone.  We have to learn how to talk to other people and learn what’s interesting about them.

All of us need more discipline regarding our use of phones.  We’ve mentioned before:  If the first thing we do when we wake up in the morning is check our phones, something’s wrong.  God comes first.  We should talk to Him and greet our families before we check our phones.  God wants us to use our cell phones for good, and not be used by them.

So let’s apply this to Larry, our friend in RCIA.  Larry would ask us, “Do I have to give up fishing and skiing to become Catholic?”  And we would say, “No.  But, Larry, after you become Catholic, would you ever miss Sunday Mass to go fishing or skiing?  Because, if you do, you’re probably not ready just yet to become Catholic.  If fishing is more important than the Eucharist, you’re not ready to receive the Eucharist.  Also, Larry, do you ever go fishing to get away from your family?  And I’m not talking about just to relax—that’s good.  But do you think you’re neglecting your family and avoiding facing your problems?  If you are, I wouldn’t say give up fishing and skiing altogether, but I would say I think you have to do it a bit less, and not do it to avoid your family.”

This leads to the third principle: Don’t just do what’s good, do the best!  St. Paul tells us to think about whatever is true, honourable, just, pure, etc.  But he doesn’t want us to merely focus on the lowest forms of goodness.  He wants us to do what leads us to God.  And, to do this, we have to be willing to let go of lesser kinds of good. 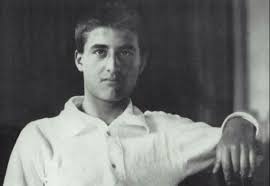 Let me introduce you to a new friend of ours:  Bl. Pier Giorgio Frassati.  He was born in 1901 in Turin, Italy, to a very wealthy family; the family was so rich they had multiple houses and the smallest house they owned had 36 rooms.  His father was agnostic; the family never prayed at home; his mother went to Mass but never received Communion; and his parents were about to divorce when he was older.

Despite his family background, he had a sense of loving Jesus early on. He started going to daily morning Mass as a teenager without his parents knowing it, sneaking out through the window down by a rope, then coming back home and falling asleep. 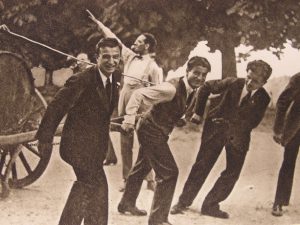 In many ways, he was just a regular young man. He was good-looking, had an easygoing, extroverted, and warm personality; there are lots of pictures of him smiling, with friends, laughing, and climbing mountains.  He was a championship skier, drove a car (which was a novelty at the time), and studied engineering in college.

He did all the good things young people would do! But, following the third principle, he made them better.  When he played pool, for instance, he’d say, “If you win, I’ll pay you money; if I win, you come to do a holy hour with me.”  When he went to parties with friends, they never saw him get drunk or have more than a glass of wine.  And he would never swear. 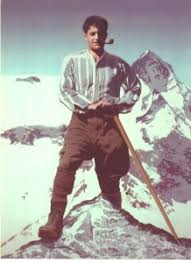 When they went hiking (which he loved), he would make sure it was near a church; if it wasn’t, he would use his money pay to get priest to come out and celebrate Mass at the top of the mountain; if he couldn’t get a priest, then he wouldn’t go on the trip. During trips when everyone was on a train, they’d pass around snacks, but, after midnight, he’d stop eating.  Why?  Because back then, one had to fast from midnight until the time one received Communion and he wanted to receive Communion the next day (Fr. Tim Deeter, “Bl. Pier Giorgio Frassati”).  When finishing a hike at the top of a mountain, he’d say, “Since we’re all resting, let’s pray the Rosary.” 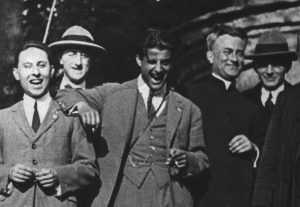 And he didn’t just make things better, he did the best, the most important things in life.  For example, he loved the poor.  When poor people would come to his house asking for help, sometimes the maids and butlers would turn them away, but Bl. Pier Giorgio would run after them to give them food, or tell them that his mother would give them money or that his father would find them a job.  When his father gave him a car on his birthday, he sold it that day, giving half of the money to families he knew were in need and half to the St. Vincent de Paul society.  He’d often return home without a jacket because he would give it away.  At the time of his death at age 24, he was supporting over 100 families, paying for their rent, food, clothing, tuition, and encouraging them to go to Mass. 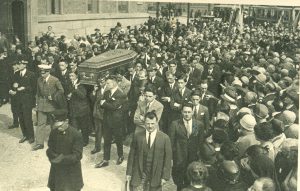 Ten thousand people went to his funeral, and his friends said, “We never realized he was a saint when he was with us, but the moment he died, we knew.”  Bl. Pier Giorgio shows us that we can do all the good things that people do, but we’re called to make them better, and not just do the good, but do what leads us closer to God.

Larry still loves fishing and skiing, but God comes first.  He and his wife both told me that, before following God more fully, he would never come home on time.  He’d say he’d be home at 5 p.m., but would always ski until the last run and go up on the very last chairlift up, or he’d wait for the next bite. (“Just one more catch!”)  But his wife said, after becoming Catholic, he became more responsible!  He’d be home when he said he would be.  He told me a few days ago, “When you put God first, everything else falls into place.”