Imagine you’re a high school teacher, working hard all year long to help your students learn, and one Grade 11 student comes up to you and explains why he didn’t get his homework done, saying, “I have other priorities.”  How would you feel about that? 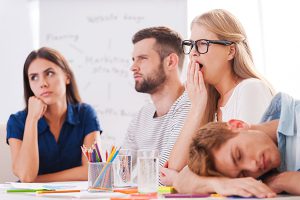 What about this one? You’re at a staff meeting during work, and one woman on your team has her laptop open and is typing during discussions and is disengaged.  Everyone’s frustrated because she never participates, is always late and leaves early, and when you ask her about her progress, she smiles and explains how busy she’s been.  You go to the boss and say, “Does that bother you that she never does her work?”  The boss says, “Yeah, I find it annoying.”  “Why don’t you talk to her about it?”  “I’m not her parent.  Who am I to tell her how to act?”  How do you feel about this one?

Last one: You’re playing indoor soccer and your friend kicks the ball and breaks one of the lights. He goes to you and says, “Hey, would you mind talking to the manager about the light?  You know him better than I do.”

We’re talking today about excuses.  I believe we live in a culture of excuses.  We ourselves hate receiving excuses but I think we kind of contribute to it. It’s common that people lie about why they’re late or why they didn’t respond to our texts or calls.  When we say something offensive, instead of apologizing, we say, “It was just a joke.”  Parents admit to me that they make excuses for their children, and many people say they make excuses for not praying and taking care of their health.

Now, are there valid excuses?  Definitely.  But today, let’s just focus on the bad ones, the ones we make up to get ourselves out of difficulty.  Let’s be honest with ourselves: Like me, you probably know when you’re making bad excuses.

The Grade 11 student in the first example was me.  When my Computer Studies teacher, Mr. Kailey, asked me, “Why didn’t you do your work?” I had the nerve and the arrogance to say, “I have other priorities.”  To which he very calmly said, “You’re going to have to make this one of them.”  Because he said it calmly and because it was so reasonable, even though I was being disrespectful to him by giving an excuse, I said to myself, “He’s right. I’ve got to make my school work a priority.”  That one statement made a profound impact on me.

I had been taught by my father, unfortunately, to make excuses when I didn’t want to do something: You don’t want to do something?  Make excuses, just to get out of it.  But Mr. Kailey’s words pointed me towards being responsible and so he did change my life.  Fifteen years later, I ran into him at a White Spot and had to say, “Thank you.  Do you remember that time you said that to me?  You made a huge difference in my life.” 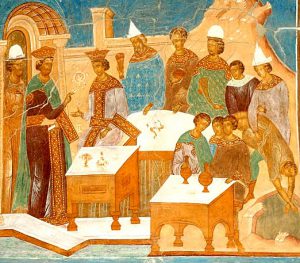 Jesus wants to do the same for us: He wants to rescue us from our excuses.  He tells us that “the kingdom of heaven may be compared to a king who gave a wedding banquet for his son” (Mt 22:2). He sends out his slaves inviting people to come to this great celebration, but “they made light of it and went away, one to his farm, another to his business” (Mt 22:5). In the parallel version of this parable in St. Luke’s Gospel, it says, “They all… began to make excuses” (Lk 14:18).  What is the king’s reaction?  He “was enraged” (Mt 22:7), and rightfully so.

I believe there are three problems with making excuses.  The following might be hard to hear, because it might make us feel guilty, so I want to explain it with compassion, and please, like we’ve said before, never get discouraged.  Feeling guilty for our excuses is good, but let’s never get discouraged or have self-hatred.

1) Making excuses prevents us from seeing the truth.  When the people in the parable make excuses, it prevents them from seeing what God’s offering them: eternal life.  God offers us His love, His Son Jesus, and His life, but excuses mean we refuse to receive this great offer—this is an eternal tragedy.

Here are two other examples:

Some pro-choice people sometimes argue with us about abortion.  We Catholics are against it because it kills an innocent person.  Some, however, object: “But what about cases of rape?”  Then we say, “Okay, I’ll grant that abortions should be allowed in cases of rape if you grant that abortions in other cases should not be allowed.  Will you agree to this?”  “No,” (because they’re pro-choice in all circumstances).  Then we should say, “So why are you bringing up the case of rape?  You’re just making an excuse, taking a marginal case and then applying it to all cases. 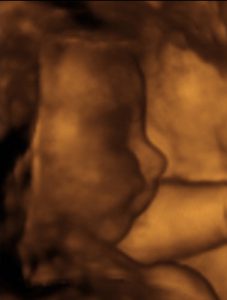 This excuse prevents us from seeing the truth. If killing a baby is wrong because it’s a person, why is it right in cases of rape?  Does the baby lose its dignity because of the father’s sin?

Because of this illogical abortion-because-of-rape argument, abortion is legal in Canada up to 9 months of gestation, when the baby is fully formed and feels pain. In Canada, there are no abortion restrictions.  Three other countries in the world have zero abortion regulations: North Korea, China, and Vietnam.  More on this in a minute.

We go to priests for every sacrament (Communion, Confirmation, Marriage, etc.), but then say we don’t need to go to a priest for Confession—that’s an excuse.  The truth is: There’s nothing wrong with going to a priest; they just don’t want to do something hard, i.e., admit their sins to another person.

2) Making excuses prevents us from growing.  In the case of Confession, if we make excuses not to go, we lose out on all the graces God wants us to receive by going to this sacrament.  Psychologically, going to Confession is much better than supposedly going directly to God, because we hear ourselves say what we’ve done wrong, there’s more accountability, we avoid self-deception (because when we confess directly to God, self-deception is very possible); we also get spiritual advice, and we experience God’s love in a tangible way.  But if we make excuses, we’ll never face the truth about who we are: perhaps we’re really ashamed about what we’ve done, perhaps we’ve never experienced God’s love. We also don’t grow in humility, because Confession really helps with humility, right?

And, since we’re talking about it: Can every sin be forgiven?  Yes.  Even the sin of abortion?  Yes.  We can be confident that, no matter how big we think it is, every sin can be forgiven.  But if we make excuses, we forget about that.  We forget that Jesus died for us, that He wants to forgive our sins, and that He wants men and women who have been involved in abortion to come to the Sacrament and experience forgiveness.  The key is to accept that offer.

Getting back to abortion in cases of sexual assault, Fr. Frank Pavone makes three great points: Firstly, people ask us, “Don’t you care about the woman, have compassion for her?”  We do!  We totally agree that the woman has undergone “a terrible trauma, which we can hardly begin to understand, and her well-being is very much our concern…  We… are ready to reach out to such women, giving them counsel, healing, and compassion” (Ending Abortion, 48-49).  Secondly, will an abortion help her?  Does it alleviate the pain?  That’s an unproven assumption.  In fact, “not only does the abortion not alleviate the trauma of the rape, but it brings a trauma of its own.  Countless women suffer for years and decades after abortion…  In rape, the trauma is ‘Someone hurt me.’  In abortion, the trauma is ‘I hurt and killed someone else…’  That brings even more grief.”  Thirdly, “Why can’t we love them both?  Why can’t we extend to the child the same practical compassion which… belongs to the woman?”  But if we were to make excuses, we would never even consider these three points.

Now let’s switch things up.  Let’s talk about making invitations.  I make invitations all the time to people, asking if they’d like to grow in their relationship with God.  I ask if people would like to go to Confession, take Alpha, go to Faith Studies, and sometimes I get excuses.

Now this one isn’t about something spiritual but it’s too good not to share: I asked someone (I honestly can’t remember who) if they wanted to go to the Dinner and Dance, and they said, “Oh, I’m busy, Father.  When is it?”  A lot of times, people smile at me and say, “I’ll think about it [Alpha, Faith Studies, etc.]”  Then I’ll say, “What are you going to think about?”  Then they look (kind of) mad at me.

Here’s a better answer: “Father, I don’t really want to.”  This answer is more honest and sincere, and sincerity is always better than excuses.  It also might be the starting point for growth!  That’s because we can then ask, “Do you know why you don’t want to?”  Maybe we’re not interested in growing spiritually, maybe it’s not our number one priority, etc.  But the honest answer allows us to dig deeper.

I think we’re worried about letting down a priest. So we believe that smiling and saying “I’ll think about it” will help.  But, I think I can speak on behalf of all priests about this: Priests want sincerity.  We’d rather have an honest answer than a lie.  We don’t get disappointed if someone says to us, “I’ll think about it,” and really does.  We respect that.  When people say, “Father, I’m working on trying to get to Confession,” that’s beautiful; do your best!

Someone recently e-mailed me apologizing for not going to Mass.  I was never mad about that.  In fact, I marvelled at her sincerity!  I believe she’s a wonderful person who’s struggling to put God first, but I know she’s trying.  Believe me, I know what it’s like to be asked to do things I don’t want to do. A friend of mine recently asked me if I wanted to do a retreat, and my first thought was, “I don’t have time.”  But, since I can’t make excuses, I asked, “When is it?”  He said, “November… 2018!”  Man!  Again, I couldn’t give him an excuse, so I started asking myself, “Why don’t I want to go?”  The answer is because I’m not convinced that it’ll help me.  My question, the next time I talk to my friend, will be “Can you tell me how this is going to help me?”  It was only by being honest that I could grow in this self-awareness.

Whenever God asks us to do something and we want to resist, let’s ask ourselves, “Why don’t I want to accept His invitation?  Why am I resisting? What’s the real reason?”

We are a parish of disciples, that is, people trying to follow Jesus.  A disciple is someone who tries to become like the master.  So a disciple can struggle with doing the right thing and will fall many times, just like the saints did. But never ever makes excuses about it; we would rather take responsibility and apologize.  Excuses prevent us from seeing the truth, prevent us from growing, and are disrespectful.  What we want is sincerity, not excuses.