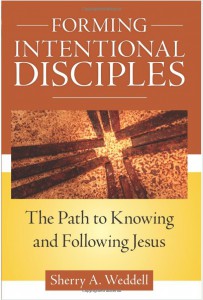 Sherry comments that most Catholics are at this stage of spiritual development.  They aren’t yet disciples.  As we said in September, a disciple is someone whose goal is to become like Jesus. 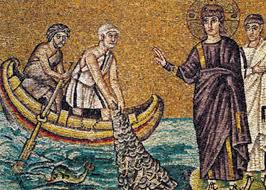 Let’s move right to the main point: How does one become a disciple?  The answer is: We need to choose it.  The Gospel, in only three verses, shows Jesus calling the first disciples and their response.  He’s walking along the shore of the Sea of Galilee, and sees Simon and Andrew fishing in their boats.  He says to them, “Come follow me and I will make you fishers of people” (Mk 1:17).  And it says, “Immediately they left their nets and followed him” (Mk 1:18).  Sherry points out that dropping their nets meant they were making a conscious, intentional choice to follow Jesus (65).  No one becomes a disciple by accident; no one wakes up one day and just happens to follow Jesus.

Now sometimes dropping our nets is a sudden experience, but, for most of us, it’s a more gradual journey.  For example, we know from St. John’s Gospel that St. Andrew had already been a disciple of someone else before he met Jesus.  Who?  St. John the Baptist.  This means that he was already searching for more and was on a spiritual journey, and once he heard St. John the Baptist point out Jesus, as we heard last week in the Gospel, then he followed Jesus and became His disciple.  So, for St. Andrew, dropping his nets was a gutsy decision, but one he had already been moving towards.  And so, for us, choosing to follow Jesus or recommitting ourselves to Him can be a bold choice or built up on many small, daily choices.

God is still calling every person today.  Sherry Weddell came from a very difficult background: Her mother was severely mentally ill and abusive, saying to her children, “You’d all be better off dead.”  And, despite not being a disciple early on in her life, she was blessed to be raised in a Christian environment “where it was normal to expect God to change your life… [who was] a personal God who loved me.” 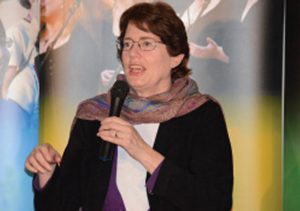 While in college, she still wasn’t a practicing Christian and would only be interested in God and faith if it were real.  In her openness, she gave God one year to reveal if it was true.  During that time, after much wrestling with God, she opened her heart a bit more and said, “Lord, if you’re real, speak to me.”  Later on, that openness reached a point of decision: She picked up a Bible, and said, “Okay, Jesus.”  That’s it.  It was that simple; there was no one around her, no emotional pressure.  But it changed the direction of her life.

After she became a devout Christian, her journey continued: She would always look for places to pray, and one time, when all the Protestant churches were closed, Blessed Sacrament Church in Seattle was open.  When she walked in, she immediately felt the real presence of Jesus in the Eucharist.  She didn’t know it was Jesus, but felt something—and that was the start of God calling her to the Church.

Here’s the thing: her journey is normal.  Jesus calling everyone is normal.  He created us out of love and we’re here to respond to love.

But our current Catholic culture says this is unusual.  If today, at the Pancake Breakfast, someone were to ask another, “How are you doing spiritually?” would that be an unusual question?  If someone said, “How’s prayer going?” or, “Do you want to pray together?” we’d think, “What do you think this is, a church?”  Could you imagine that, Catholics talking about Jesus and prayer in a Catholic church?  Bizarre!

The truth is: Our current Catholic culture is weird and spiritually unhealthy.  We’re Christian, but don’t talk about our friendship with Jesus.  There’s an accepted silence.  But, if Jesus is calling – and He is, part of the reason we’re not aware of it, is because no one talks about it.

That’s why the testimonies we’ve had during Masses are helpful.  They break the silence.  We’ve heard from 16 people, and they help us realize that it’s normal for God to call us and change our lives.  And they’re all normal people.  We hear testimonies at least five times a year, before every launch of Alpha and Faith Studies, and they’re always a highlight.  They help us fulfill our mission (to make disciples for Christ) by breaking the silence.

Some say speaking about our spiritual journey is a personal thing, and it is, but it’s also an act of love, because it gives people hope, and it’s an act of praise, because it shows God’s goodness.

Let’s not make anyone feel uncomfortable, but think about asking people how they’re doing spiritually.  They’re free to give a generic answer or, if they open up, then perhaps we can share too.  Christians talking about Jesus is normal.  And this will become the new norm in our parish family. 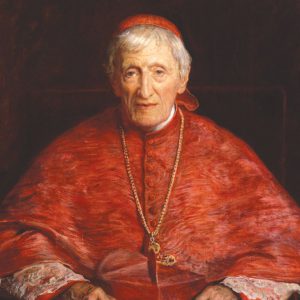 Right now, God is working in our lives.  Bl. John Henry Newman says, God “knows what is my greatest happiness, and He means to give it to me.”

Some of us may want to commit ourselves to prayer and study, while others may feel called to sign up for Faith Studies, of which there are a few openings left right now.  On Feb. 16 and 17, we’ll be doing 40 Days for Life again, a pro-life prayer vigil, to pray for an end to abortion.  It’s peaceful, powerful, and a great chance to follow Jesus.  Last year, our parish was responsible for an entire Friday, 7 a.m. to 7 p.m. and about 115 people came at various times throughout the day.  This year, we’re covering a Saturday so that people who work during the weekdays can join us on Saturday.

Remember, there’s no pressure.  If all we can say is, “Jesus, this is all I’ve got today.  This is the best I can do,” He’ll take it.  And, if it’s hard to recommit ourselves because we’re struggling, then doing so is a sign of great love.

Remember, in the original 1959 movie Ben Hur, when Jesus gives a thirsty Ben Hur some water to drink, the Roman soldier tries to stop Jesus, but when Jesus stands up, the soldier stops and steps back?  That’s because Jesus had a commanding presence!

We all need to meet this Jesus again, and this is the One who’s speaking to us today.

Jesus specifies that when we encounter the pearl of great price, in our joy we go and sell all we have to obtain it.  So, it’s a joyful thing to drop our nets, to choose to follow Jesus.