Scott was 15 years old, had been Christian for two years, and was very zealous about his faith: He would talk to everyone about Jesus!

However, one day he got sick at school, so he went to the nurse’s office and fell asleep.  When he woke up, his mother was standing next to him, and she was going to take him home.  As he was getting up, he heard the bell ring and realized that very soon, all his friends were going to be walking down the hallway, and he would be seen with… his mother.  When they started walking, he said, “Mom, do you mind walking in front of me?”  So she did, about ten steps in front.  They got to the car, went home, and he forgot about the whole incident.

But she didn’t.  When the father got home, she talked to him about the experience, and he went upstairs to Scott’s room, asked how he was doing, and then he stepped in and said, “Scotty, your religion doesn’t mean a thing if it’s all talk.  You have to think more about the way you treat people.  Don’t ever be ashamed to be seen with your mother” (Scott Hahn, The Virgin Mary Revealed Through Scripture, Track 3).

I remember some kids at the youth group would never invite other kids who are unpopular or developmentally disabled.  Can you think of any time when this happened to you or you did this to someone?  Do you know how much that hurts?  In the past, teenagers who know me from church are ashamed to say “hi” to me at their Catholic high schools (though this doesn’t hurt me because I’m actually ashamed to be seen with them!).

What means more to us:  the opinion of certain people or our love for our family and friends?

One lesson we can draw from today’s Gospel is Jesus’ love for His Father.  He enters the Temple in Jerusalem, and the outer court of the Temple has been misused by greedy people.  It was there that people could buy animals used for sacrifice and exchange foreign currency to pay the Temple tax, but it shouldn’t have been done there and these people had inflated the prices, commercializing the faith, thus robbing people of their opportunity to worship God (165, Pope Benedict, Jesus of Nazareth, Vol 2., 12).  He’s so angry (justly angry) that he makes a whip of cords, flips tables and drives out the animals, shouting, “Stop making my Father’s house a marketplace!” (Jn 2:16).  The disciples remember Psalm 69 and apply it to Jesus, “Zeal for your house will consume me” (Jn 2:17 ; Ps 69:9).  He’s zealous because He has a love for his Father (CCC 584).

Here’s the message for us: Jesus loves the Father so much that He’s not ashamed of witnessing to His Father.  Flipping over tables was just as shocking then as it would be now.  It would cause people to hate Him.  But Jesus is more concerned with His Father’s approval rather than men’s.

On a merely human level, Jesus’ love reminds us that we should never be ashamed of being seen with our family or with someone who’s different or unpopular.  It is cowardly, it is hurtful and it is sinful.

On a spiritual level, we should never be ashamed of being seen as Christian.  If, for example, it’s our custom to pray before meals, why don’t we do it when we’re with our friends, at work or in public?  Why can’t we make the Sign of the Cross in public?

I think many of us lack confidence and we want to be accepted so much that being seen as different scares us. I know how this is because I went through this myself.  But four things motivated me to change. 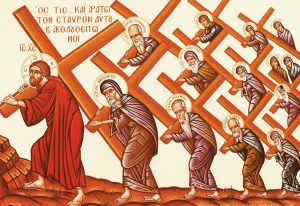 1) Jesus’ words: “Whoever is ashamed of me and of my words in this… sinful generation, of him will the Son of man also be ashamed, when he comes in the glory of his Father with the holy angels” (Mk 8:38).  This is logical: At the end of time, Jesus will deny those who deny Him (Mt 10:33).  If we’re too embarrassed to be seen with Jesus now, do we really want to be with Him?  This idea motivated me against my fear because I didn’t want to be denied by Jesus.

2) I’ve thought how, if I’m a wuss, I would look really weak in front of the saints who are watching and praying for me.  I think of St. Mother Teresa, for instance.  If I’m a coward or don’t say something that needs to be said, she’s going to get angry.

3) I realized: “What’s going to happen to me if people look down on me, if I look different?  Am I only afraid because people look at me differently?”  Look, if they make fun of us, it helps us grow in self-possession and humility.  And, if they pull out a gun, saying, “I don’t like Catholics who pray in public!” and kill us, then we go straight to heaven!  We’ll be martyrs!  It’s win-win!

4) It’s a matter of love.  “Scotty, your religion doesn’t mean a thing if it’s all talk.  You have to think more about the way you treat people.  Don’t ever be ashamed to be seen with your mother.”  Jesus could very well say these words to us.  Then we think: “That’s not true.  My faith does mean something to me.  And because it does, and I do love God, I want to change.”

Let’s not make excuses.  Ultimately, it’s a question of faith, love and confidence.  I think of Muslims who have courage to pray in public and to dress differently, because they’re strong in belief.  I think of people in the past who were in gay relationships: I very much disagree with homosexual activity but I acknowledge that many of the people who engage in them have more courage than Christians, because they were ridiculed (which is also wrong).  The point is: They’re more zealous about their cause than we are.

Perhaps many of us aren’t ready for this yet.  However, with God’s grace, an increase in love and prayer, it will come with time.

Remember one of our Catholic high school students who told his coach that they shouldn’t eat meat on Fridays?  That courage came over time.

Furthermore, it’s interesting: When I asked if I could include this story in today’s homily, his initial reaction was: “This might be embarrassing.”  But then he thought about it for a few seconds: “If I’m confident enough to talk about in person, then I’m okay with other people talking about it—it’s the same thing.”  Do we see how his allowing us to hear his story strengthens our faith?

Another person shared how, a couple of years ago, she would never have done 40 Days for Life because she works at BC Children’s Hospital, right next to where they do abortions, and, if she were to stand there, her co-workers would see her.  Therefore, when we announced 40 Days for Life, she naturally wanted to hide from it.  However, she recognized that her wanting to hide from it meant God was calling her all the more.  When she and her husband participated in the vigil, it was scary and hard, yet, she said that living out their faith, standing there and making herself vulnerable, and promoting life were absolutely amazing!  Walking the talk and standing up for what they believe, actually practicing the faith were the most amazing things she and her husband accomplished together.  And, while they were praying, the Holy Spirit placed it on their heart that “we never know how powerful our prayers are and how they’ll impact people.” 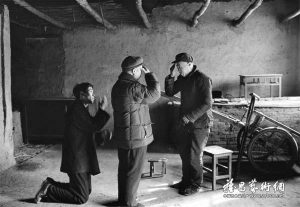 Over time we’ll eventually have the confidence and grace to stand up when people insult Jesus or the Church.

Here are two things we can do: 1) Pray: Ask for the grace to have more self-possession and more love.  Meditate on Jesus’ words.  2) Just do it!  Overcoming fear never comes naturally.  We just force ourselves to do it, and then it gets easier.

It all comes down to love.  What was going through the mind of Jesus when He entered the Temple and saw the offences against God?  His love was so great that He had to do the right thing.  And, because of love, Jesus wasn’t ashamed of us, to be associated with sinners, become one of us and die for us.  Jesus says, “No one has greater love than this, than to lay down one’s life for one’s friends” (Jn 15:13).  Our religion doesn’t mean a thing if it’s all talk.  We have to think more about the way we treat people.  Don’t ever be ashamed to be seen as a Catholic.