The invasion of Ukraine and our entering the sacred penitential season of Lent both affect each other: The invasion influences the way we pray over the Readings, and the Readings influence the way we respond to the invasion.  The summary of the message that I’ve received in prayer is this: What’s in your heart?  Will you overcome evil?

It says in the Gospel, “Jesus, full of the Holy Spirit, returned from the Jordan and was led by the Spirit in the wilderness, where for forty days he was tempted by the devil” (Lk 4:1-2).  We know that 40 is the biblical number for testing.  God the Father allows us to be tested and wants us to be tested.  That’s why Jesus ‘was led by the Spirit in the wilderness.’  The first thing Jesus must do after His baptism is show Himself to be faithful; He has to reveal His heart.

The Ukrainian people have now revealed their heart during this suffering: their bravery, self-sacrifice, faithfulness.  Would we defend our country in the same way?  How do we stand up against evil in general?  Jesus has also revealed His heart.  We see it when He suffers for us.  He didn’t have to become man or go through this testing; He chose it for us, out of love.  Whatever is painful in our lives right now is part of our test.  The Father wants to know what’s in our hearts.

The presence of the devil in the Reading is striking.  We hear about three temptations, and the text says at the end, “When the devil had finished every test, he departed from him until an opportune time” (4:13).  Don’t underestimate the devil.  He’s real.  Most people ignore him.  But he’s always active.  He wants us to sin.  With the invasion of Ukraine, the world has been reminded in a striking way that evil exists, and it’s a sober reminder that more evil will come.

Remember what God the Father said to Cain in the Book of Genesis: “Sin is lurking at the door; its desire is for you, but you must master it” (Gen 4:7).  Evil and sin are coming for us, all the time.  Evil isn’t just out there!  The proclivity to sin is in our hearts.  We need to fight against it.

A big aspect of Lent is fighting.  The opening prayer for Ash Wednesday says, “Grant, O Lord, that we may begin with holy fasting this campaign of Christian service, so that, as we take up battle against spiritual evils, we may be armed with weapons of self-restraint.”  Notice the militaristic words in the prayer.  We should avoid violence as much as possible, but self-defence is good.  It says something about the heart of the Ukrainian people who take up arms to fight.

In order to be able to win wars outside us, we need to win the war inside.  We need to fight alongside Jesus against our sins.  This week, let’s talk about gluttony, given that Jesus fasted for 40 days and teaches us, “Man does not live by bread alone” (4:4).

1) Eating food that is too costly (because many people are starving, and we waste money on food.  Maybe we should think about saving money on restaurants this Lent and donating it to Ukrainian relief efforts.  I’m happy that our Syrian Refugee Committee recommended donating the $35,000 that was allocated to support a family from Syria, but which never came, to the Catholic Near East Welfare Association—I fully support this.  Perhaps, in Jesus’ plan, this is why the family never came, so that we could donate the money to help people in Ukraine);

2) Eating too much food (because that’s bad for the human body.  Obviously, each person is different, but we all have a limit that we should respect);

3) Insisting that food is perfectly prepared or tasty (We’re not talking about beautiful presentation, but about obsessing over food, as when people complain when food isn’t perfectly to their liking);

4) Eating in a greedy way (such as when we eat before we need to, or just before Mass);

5) Eating too eagerly (Do you know why?  Because it’s not good for the body to eat so quickly).

And gluttony includes other forms of addiction, or drug abuse, getting drunk, and digital gluttony.

Let’s focus today especially on digital gluttony, and I’m focusing on fasting from this because it’s more harmful than food.  I imagine that many of us look at our phones very soon after waking up in the morning.  We might say a short prayer before, but then we go right to the phone to check things, or to listen or watch something.  I’d like to suggest that this is actually a venial sin of ingratitude to the Trinity, or a sin of lack of love, meaning that, for a Christian who loves God but ignores Him first thing in the morning, such a person is ungrateful and unloving.  Imagine a married couple the next day after the wedding: the wife wakes up and her husband is looking at her, but she goes straight to the phone—what is she saying?

St. Josemaria Escrivá’s morning ritual was to wake up and kiss the ground in an act of humility, and pray. 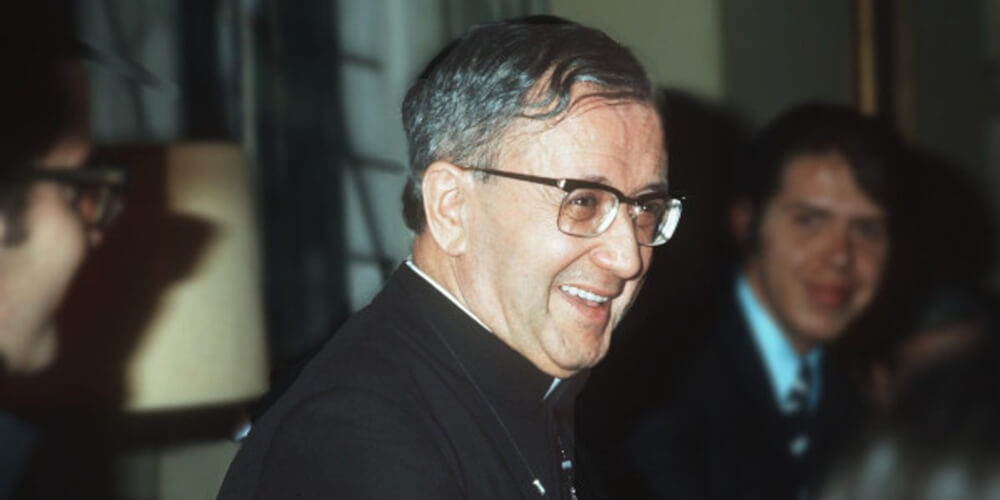 The First Reading is about the Old Testament principle of giving God the first fruits in thanksgiving for a good harvest.  Each person is supposed to take some of their food, bring it before the altar, and say this prayer: “A wandering Aramean was my father [This refers to Jacob]; he went down into Egypt and lived there as an alien…  When the Egyptians treated us harshly and afflicted us, by imposing hard labour on us, we cried to the Lord…  The Lord heard our voice and saw our affliction, our toil, and our oppression.  The Lord brought us out of Egypt with a mighty hand… and he brought us into this place and gave us this land…  So now I bring the first of the fruit of the ground that you, O Lord, have given me” (Dt 26:).

What I’d like to challenge everyone is to begin your morning by giving Jesus the first fruits of your love.  Jesus has saved us from sin and an empty life!  He’s given us everything.  How do you think Ukrainians are waking up?  Probably grateful to be alive.

When we wake up, we should turn off our alarm, make the sign of the Cross, and talk to Jesus.  Remember that we once were slaves of sin, and He’s given us life.  Maybe kneel down or prostrate yourselves as an act of humility, to say, ‘I do not live by bread alone.’

St. Josemaria wrote this: “Many good Christians develop the habit of giving their first thought of the day to God.  The ‘heroic minute’ follows: it facilitates the Morning Offering and getting the day off to a good start.  The heroic minute.  It is the time fixed for getting up.  Without hesitation: a supernatural reflection and… up.  The heroic minute: here you have a mortification that strengthens your will and does no harm to your body.  If, with God’s help, you conquer yourself, you will be well ahead for the rest of the day.  It’s so discouraging to find oneself beaten at the first skirmish”.

The point is to learn to overcome evil as soon as possible in our day.  Learn to live without your phone, at least for five minutes.  Yes, if you have to check for some important message, then check quickly, but don’t get distracted from Jesus.  If you use your phone to pray, great!  But, don’t use it to take you away from prayer.