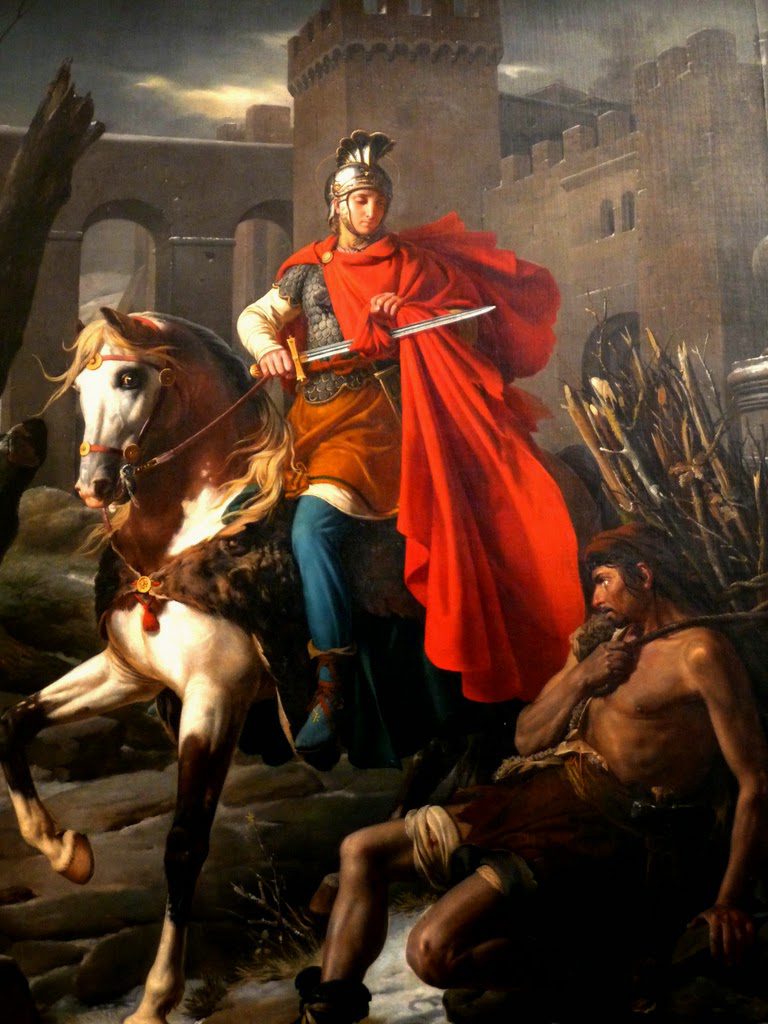 How many of us remember the famous story of St. Martin of Tours and the beggar?  St. Martin of Tours was an older teenager, serving in the Roman army after the year 330.  “As he rode towards the town [of Gaul] one winter day, he noticed near the gates a poor man, thinly clad, shivering with cold, and begging for alms.  Martin saw that none who passed stopped to help the miserable fellow.  He had nothing with him but the clothes he wore, but, drawing his sword from its scabbard, he cut his great woolen cloak in two pieces, gave one half to the beggar, and wrapped himself in the other.  The following night… Martin in his sleep saw Jesus Christ… dressed in the half of the cloak he had given away…  He then heard Jesus say to the angels, ‘Martin, as yet only a catechumen [one preparing to become Catholic], has covered me with his cloak.’”  When he loved that beggar, he loved Christ who was wearing a disguise and he loved like Christ would!  This is part of what it means to be a Christian.

Today, as we celebrate Divine Mercy Sunday, we remember what St. John Paul II wrote: “Mercy is love’s second name” (Dives in Misericordia, 7).  That is to say, mercy is a particular kind of love when it encounters suffering, poverty, brokenness and sin (3). 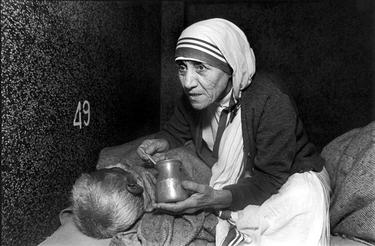 Jesus says, when we all die, we will be judged on how much mercy we will have shown others; we will go to heaven or hell based on this: “For I was hungry and you gave me food, I was thirsty and you gave me drink, I was a stranger and you welcomed me, I was naked and you clothed me, I was sick and you visited me, I was in prison and you came to me…  Truly, I say to you, as you did it to one of the least of these my brethren, you did it to me” (Mt 25:35-36,40).

St. Martin understood this teaching so well that, even before he was baptized, he knew he had to help those in need.  And the early Christians understood this so well that the first reading says: “All who believed were together and had all things in common; they would sell their possessions and goods and distribute the proceeds to all, as any had need” (Acts 2:44-45).  That’s inspiring. The early Christians lived in such a way that, if they saw someone in need, they would sell what they had to support them—this is mercy!  This is how God loves us, when He sees our poverty and need.

So people need us… radical generosity is part of being Christian… and God wants us to do it.

Here’s a clip from Schindler’s List; when the war is over and Oskar Schindler and his wife are fleeing.  Having saved so many Polish Jews from certain death, he is now hunted himself.  He essentially purchased his workers from a corrupt Nazi officer under the guise of needing them to work in his new factory, but in truth he was buying them in order to save their lives.  Now… he comes to the realization that he could have done more” (Matthew Kelly, Four Signs of a Dynamic Catholic, 115-6).

This scene communicates the dignity of one person.  If we could help just one more person, would it not be worth the sacrifice?

So, why do we hold back from being more generous?  Let’s go over four possible reasons: 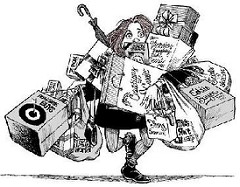 1) Seven weeks ago, when we talked “about not buying anything except necessities during Lent,” many people started smiling/laughing at this.  Let’s ask ourselves: Why is it so hard to give this up?  I’d like to suggest that it’s because our culture is very materialistic and selfish, so we’ve learned to enjoy buying things to the point that we’re addicted to it.  Isn’t that a bit superficial?  It seems to me that the first reason we don’t give up things, and spend more time and money on the poor is because we’re addicted to buying things for ourselves.  We also may be more selfish than we’d like to admit because we live in a superficial culture.

2) We aren’t more generous because we haven’t been specific enough in how we’re going to give.  Being ‘more generous’ and praying to be more generous is good, but what does it exactly mean?  Here are two possible ways to be more concrete: First, as we’ve mentioned before, one way to make sure we’re being generous is when we feel uncomfortable doing it.  If we’re comfortable giving a certain amount, then it’s not sacrificial.  Second, let’s decide on a portion of our salary that we’ll give to those in need and charitable organizations.  Some of us already give a percentage—could we increase this by 1%, in order to be more generous?  For those of us who have no idea what percentage we give, let’s decide on an amount (e.g. 5, 10, 15%, etc.); it could even start at 1%, and then we can increase it every year by one percent.  If any of this makes us worry, then this leads to the next reason. 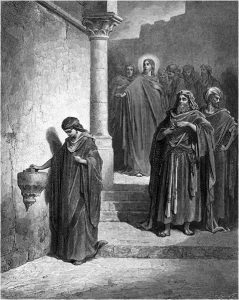 3) We hold back because we’re afraid we won’t have enough for ourselves and our family.  This is a test of faith: Do we really believe God will take care of our family if we’re more generous?  Jesus said the widow who put in two coins put in all she had to live on (Lk 21:1-4).  Do we really think Jesus wouldn’t take care of her if she were so generous?  He praised this woman because her generosity was sacrificial: She gave from what she needed for herself.  In the same way, the generosity He’s seeking from us will hurt.  We’re not talking about giving away food meant for our children (so don’t be afraid), but we are talking first from what we spend on things we want, and then on things we may legitimately use.  And if we even give from what we need, it is a promise and guarantee that Jesus will take care of us.

This kind of paralysis is like when we do not give money to the poor.  When poor people ask for money on the street, we decline, thinking, “They may use it for drugs.”  That’s true, so let’s give our money to where it won’t be misused in order to help the poor (e.g. Catholic Charities, Catholic Men’s Hostel, the Door is Open, Mother Teresa’s Missionaries of Charity).  Afterwards, if we discover that we made a mistake, we can always give to another group in the future.

So, which reason, if any, is holding us back?  After Mass today, if we talk to someone else about the homily, could we discuss with each other which part of the homily we found most compelling or which reason is holding us back?  Ask me!  I’ll tell you my answer, because I’d like someone to hold me accountable to being more generous.  But if you ask me mine, I’ll ask you yours.

As we mentioned a few weeks ago, today is our launch for Project Advance, our annual fundraiser which helps our greater Catholic family in Vancouver, and our Parish Centre project.  I have to thank you for supporting Project Advance in the past; you’re very generous!

Now I must say that this homily wasn’t designed to specifically make us give more to Project Advance!  It’s about Jesus’ call to take care of those in need.  As I’ve mentioned before, support Project Advance if we believe in our archdiocese and Parish Centre project.  Some people, for example, donate directly to the Parish Centre fund, some support the education of seminarians, to the parish, pro-life, etc.  What do we value?  Jesus is asking us to open our eyes to see who’s in need and who’s doing good work.  Once we identify who it is, then let’s give radically.